The Rake is Taken

LoveReading View on The Rake is Taken

The Rake is Taken is the second in the ‘League of Lords’ series created by Tracy Summer. A historical Romance set mainly in 1870s England, this book tells the story of Finn Alexander and Lady Victoria Hamilton, as their unique abilities and futures cross and begin to intertwine.

This story interested me from the beginning, I liked the depth of each of the characters and the twists and trunks in the plot that kept me intrigued and eager to know more. There’s a slow build in the relationship between Finn and Victoria, both uncertain of the other while Victoria comes to understand the true extent of her paranormal abilities.

There's tension and plenty of steam in this novel, and I found it incredibly well-crafted. I liked to learn about the family dynamic in The League and the way the characters interacted. I enjoyed the changes in narrative perspective through this paranormal romance, it made me connect with the characters more and really root for them as I read.

Although this book is the second in the series, if I hadn’t have seen the list of Tracy Summer’s books at the start, I wouldn’t have noticed. Brief research shows that the first book in the series, The Lady is Trouble, introduces you to some of the secondary characters, but the storyline is complete in ‘The Rake is Taken’ and it would appear we’ll be able to learn more about other characters in later books in the series.

This is a short but highly readable supernatural romance set in Victorian England.

The Rake is Taken Synopsis

A gorgeous psychic. An unwanted betrothal. A tantalizing compromise.

An independent hellion, a stealer of time, and the only woman who can capture his heart…

Lady Victoria Hamilton has a supernatural gift, a fiancé, and a guardian angel. She just never expected her protector to be the most dazzling man in England, a devilish scoundrel they call the Blue Bastard. Victoria has agreed to marry for duty, not love, but her unforeseen desire for her mystical angel threatens to destroy not only her plans for the future but the armor surrounding her susceptible heart.

A confirmed scoundrel, a mind reader, and the only man she desires…

Illegitimate son of a viscount and reigning king of London’s gossip sheets, Finn Alexander has spent a lifetime hiding his ability to read minds behind charming smiles and wicked behavior. No one knows the real man, and he likes it that way. Until he meets the lone woman who sees the man beneath the disguise—a blue-blooded temptress with the power to bring him to his knees.

As they embark on a journey of passion and friendship, Victoria and Finn must decide if they’re willing to risk everything for the promise of true, magical love. 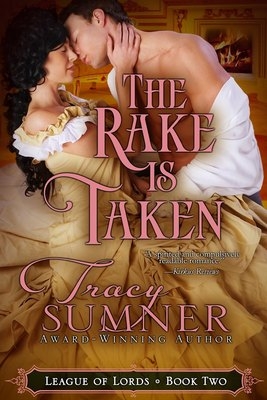