I’m always slightly disappointed at how many people never read graphic novels. This one is exceptional; a tough, hard-hitting memoir of abuse set in Yorkshire against the background of the 1977 Yorkshire Ripper manhunt. As this national news story unfolds around her, Una finds herself on the receiving end of a series of violent acts for which she feels she is to blame. This spectacular novel explores gender violence, blame, shame, and social responsibility. Through image and text Una asks what it means to grow up in a culture where male violence goes unpunished and unquestioned. With the benefit of hindsight Una explores her experience, wonders if anything has really changed and challenges a global culture that demands that the victims of violence pay its cost.

A devastating personal account of gender violence told in graphic-novel form, set against the backdrop of the 1970s Yorkshire Ripper man-hunt.

It's 1977 and Una is twelve. A serial murderer is at large in West Yorkshire and the police are struggling to solve the case - despite spending more than two million man-hours hunting the killer and interviewing the man himself no less than nine times.

Through image and text Becoming Unbecoming explores what it means to grow up in a culture where male violence goes unpunished and unquestioned. With the benefit of hindsight Una explores her experience, wonders if anything has really changed and challenges a global culture that demands that the victims of violence pay its cost.

What To Read After Becoming Unbecoming 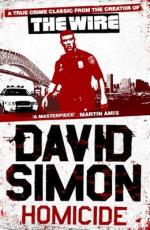 'Male violence against women is a major problem - for all of us. This exploration of blame and shame brings home that fact in an immediate way, but also with great delicacy.' - Mary Talbot

'This is a beautiful, haunting, take on Peter Sutcliffe's reign of terror, and the women and communities he destroyed. The bare fact is, as Una beautifully explores, that females are living under a reign of patriarchal power that requires us to take the rough with the rough. Except we don't. Una illustrates - through prose and graphics - how this fightback is taking place. Consume this book, and be prepared to join the revolution.' - Julie Bindel

'Delicate in construction yet uncompromising in message, Becoming Unbecoming is an astonishing testament to the potency of visual metaphor.' - Andy Oliver

'Make no mistake, this is one of the most important comics works of 2015.' - Broken Frontier: Comic of the Week

'Brilliant, brave and fiercely intelligent... I read it in one sitting.' - Kerry Hudson

'Honest, matter-of-fact and absolutely gut-wrenching... shows what happens when women refuse to be silent. Read this. Get angry. Start shouting.' - Emerald Street

'A sensitively rendered yet powerful exploration of the blame and shame culture that surrounds sexual violence... Becoming Unbecoming should be read by everyone.' - Pamreader 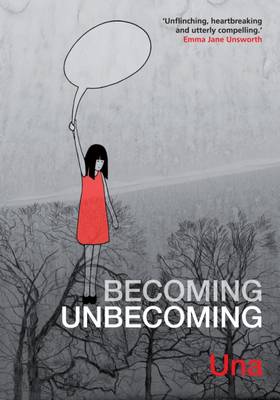 Una is an artist, academic and comics creator whose work aims to explore lived experience within a socio/historical context. Her self-published graphic narratives have covered disability, psychosis, political activism and violence against women and girls. This is her first graphic novel. She lives in Yorkshire.