THE EAGLE'S CONQUEST is the thrilling second novel in Simon Scarrow's bestselling Eagles of the Empire series. Essential reading for fans of Bernard Cornwell and Conn Iggulden. Praise for Simon Scarrow's compelling historical novels: 'Gripping and moving' The Times

Britannia, AD 43. Bleak, rainy and full of vicious savages, Britannia is a land that Cato, solider of the Second Legion, wishes Rome didn't want to conquer.

And as right-hand man to Centurion Macro, Cato sees the very worst of his native Britons, battling alongside his commander in bloodier combat than he could ever have imagined.

But the Britons are fighting back with Roman weapons - which means someone in their own ranks is supplying arms to the enemy. Cato and Macro are about to discover even deadlier adversaries than the British barbarians...

Praise for Simon Scarrow's novels: 'I really don't need this kind of competition... It's a great read' - Bernard Cornwell 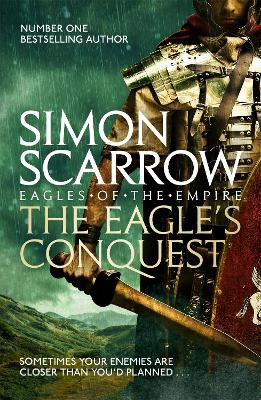