LoveReading View on The Road

Technically and philosophically, this is probably not McCarthy’s best book. His masterpiece, probably, is Blood Meridian – although I also love Child of God. And Outer Dark. And . . . Well, everything else McCarthy has produced. But The Road, I would say, is my favourite of his novels, if only for the devastating portrait he paints of a father’s love for his son. I must have read this novel four or five times now (I’ve seen the film, too, but only once and never again). Devastatingly simple, yet dazzling in so many ways, this is the book I wish I had written.

Winner of The Pulitzer Prize for Fiction 2007.
Once in a while a book comes along that is so powerful, so terrible and so beautiful that you are left staggered at its close.  This is one such.  A journey through a devastated, post-apocalyptic America that is both frightening and strangely hopeful.  It’s not an easy read but once embarked upon, it’s hard to draw away.  Father and son share their dreadful experiences and their love.  It has just won the Pulitzer Prize for Fiction and been chosen by Oprah Winfrey for her Book Club so it’s going to sell bucket-loads in America and deserves to do the same over here.

A father and his son walk alone through burned America, heading through the ravaged landscape to the coast. This is the profoundly moving story of their journey. The Road boldly imagines a future in which no hope remains, but in which two people, ‘each the other’s world entire’, are sustained by love. Awesome in the totality of its vision, it is an unflinching meditation on the worst and the best that we are capable of: ultimate destructiveness, desperate tenacity, and the tenderness that keeps two people alive in the face of total devastation.

‘The first great masterpiece of the globally warmed generation. Here is an American classic which, at a stroke, makes McCarthy a contender for the Nobel Prize for Literature . . . An absolutely wonderful book that people will be reading for generations’ Andrew O’Hagan

‘A work of such terrible beauty that you will struggle to look away’ Tom Gatti, The Times

‘So good that it will devour you, in parts. It is incandescent’ Niall Griffiths, Daily Telegraph

‘You will read on, absolutely convinced, thrilled, mesmerised. All the modern novel can do is done here’ Alan Warner, Guardian 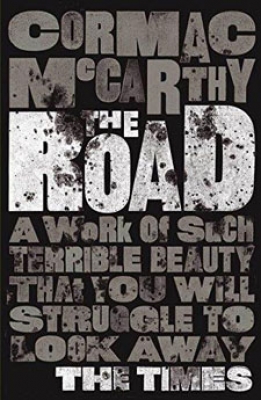 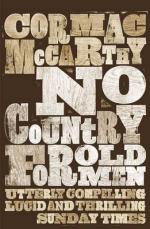 View All Books By Cormac Mccarthy