If you enjoyed this the series starts with Dead Simple and then follows on with Looking Good Dead.

Detective Superintendent Roy Grace thinks he's found a serial killer, but not everything is as it seems in Not Dead Enough, by award winning crime author Peter James. A beautiful socialite is dead. Roy Grace's leading suspect, her husband, was sixty miles away when she died, but all other evidence points to him. Has someone stolen his identity or is he simply a very clever liar? Grace's investigation and his budding new relationship are derailed after a reported sighting of his wife, Sandy, who has been missing for nine years. Grace desperately tries to cast light on the truth in both cases as his emotional turmoil - and the body count - grows . . . Although the Roy Grace novels can be read in any order, Not Dead Enough is the third thrilling title in the bestselling series. Enjoy more of the Brighton detective's investigations with Dead Man's Footsteps and Dead Tomorrow. Now a major ITV series, Grace, starring John Simm.

What To Read After Not Dead Enough 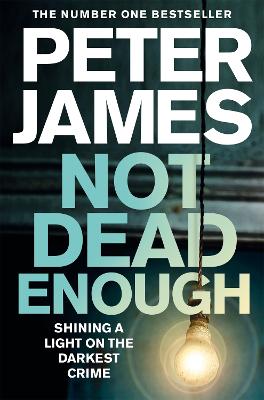