I had heard of Quarry Bank Mill before and the Apprentices but I had not heard about the author`s first book about Thomas Priestley and Joseph Sephton so I did some background reading first to find out more about the Mill and the Apprentices in general and also about these two young men. I found it fascinating reading so by the time I started "Mules; Masters and Mud" I very much wanted to know what happened to them. I wasn't disappointed, this was a very well written book and it filled in all the gaps, with an interesting backdrop of other characters. A well-researched and gripping book.

When Mrs Alexander wrote about “the rich man in his castle, the poor man at his gate” and declared that “God made them, high or lowly, and order’d their estate” in the ever popular hymn All Things Bright and Beautiful, she was probably reflecting one of the mores of the times. It would fit in well with prejudices and beliefs of the middle and upper classes that paternalism had indeed been intended by God, thus laws protecting the workers in their fields, mills and factories were not necessary. In the words of Browning so long as “God’s in his heaven, all’s right with the world!”The continuing story of the Quarry Bank Runaways is about what happened to two cotton apprentices over three decades during the Industrial Revolution; first as qualified young men with hopes and later when they are full grown. By the start of the Victorian period the fates and their ambitions would have collided. Serious events and incidents, both personal and national, were about to impinge upon the lives of Thomas Priestley and Joseph Sefton, who had earlier run away from their apprentice master, Samuel Greg. What would cause a qualified mule spinner to give up his comparatively safe job and risk failure, ridicule or destitution? Ambitious and determined working class individuals like Tommy and Joe had to carefully step through a pathway involving love, loyalty and legal persecution and prejudice, from within the social hierarchy of the times. 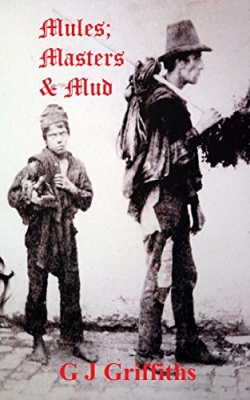