Reading a new Frances Hardinge novel is always an adventure into a new, carefully constructed world - where things are never quite as one might imagine as you begin.  Here two friends, raised together in poverty and scavenging are leader and led, counterpoint to each other, one believing in friendship above all, the other of a very much darker outlook.  They live on one of a series of islands that form the Myriad, each island with its own long dead gods, each with its own strange traditions and stories.  The sea surrounding the islands hides many things within it, wrecks, bones as one may expect, but also the undersea where danger lurks ready to take any who venture too far and spit them out utterly changed.

In this world Hardinge has created a masterpiece of tension, fear and friendship.  A slow coming to the realisation of the world that they inhabit, and a look at power and how it can be manipulated for politicians, gods and evildoers own nefarious ends. It makes your mind race with the adventure but pulls you up to consider the philosophy behind the characters motivations. A truly great read – I think I may have to read it again now!

'One of our finest storytellers' Sarah Perry, author of The Essex Serpent 'Pure magic' M.R. Carey, author of The Girl With All the Gifts From Frances Hardinge, the Costa Award-winning author of The Lie Tree comes Deeplight - an underwater adventure as dangerous as the gods themselves . . . The gods of the Myriad were as real as the coastlines and currents, and as merciless as the winds and whirlpools. Then one day they rose up and tore each other apart, killing many hundreds of islanders and changing the Myriad forever. On the jumbled streets of the Island of Lady's Crave live Hark and his best friend Jelt. They are scavengers: living off their wits, diving for relics of the gods, desperate for anything they can sell. But now there is something stirring beneath the waves, calling to someone brave enough to retrieve it. Something valuable. Something dangerous. Nothing is quite as it seems, and when the waves try to claim Jelt, Hark will do anything to save him. Even if it means compromising not just who Jelt is, but what he is . . .

One of our finest storytellers Sarah Perry, author of The Essex Serpent

There is no mistaking the distinctive voice and vividly crafted prose of Frances Hardinge. She is a writer who delights in language, and whose stories fizz with ideas, allusions and eccentric detail - Metro

A novel by Hardinge is always an event - Sunday Times

In Deeplight, Hardinge's unparalleled, terrifying imagination illuminates an underwater world filled with the potent debris of departed gods, and the desperate ambitions of the humans who seek it. No one else writes quite like her - every new book is something extraordinary to be celebrated. -- Imogen Russell Williams

Everyone should read Frances Hardinge. Everyone. Right now -- Patrick Ness

Hardinge creates an entire world and furnishes it with wonders. Pure magic. -- M.R. Carey, author of The Girl With All the Gifts

Frances Hardinge spent a large part of her childhood in a huge old house that inspired her to write strange stories from an early age. She read English at Oxford University, then got a job at a software company. However, a few years later a persistent friend finally managed to bully Frances into sending a few chapters of Fly by Night, her first children's novel, to a publisher. Macmillan made her an immediate offer. The book went on to publish to huge critical acclaim and win the Branford Boase First Novel Award. The Lie Tree is Frances's seventh novel.   ... 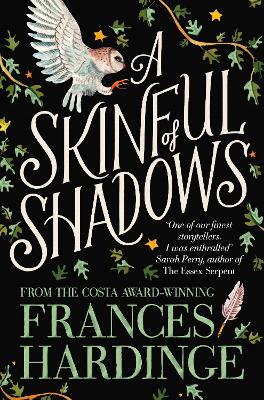 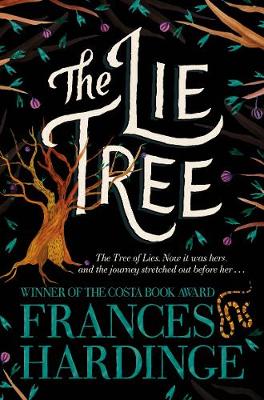 View All Books By Frances Hardinge