Part of the Battlestar Suburbia Series

LoveReading View on Battle Beyond the Dolestars

Most definitely sitting on the quirky side of life (and Mars), this is an amusing and mind-bending read. The robots who look down on humanity are determined to end the human rebellion that started on Earth. This is Battlestar Suburbia: Volume Two, if you’ve not read the first in the series you might want to start at the beginning. However, I joined here and felt perfectly comfortable with the Dolestars council estates circling earth and Pam the sentient bread-maker. This is an absolutely fascinating premise from Chris McCrudden, the machines aren’t quite as you may have imagined them. There is no Terminator style human robot on offer (unless you count the human who was pinched for use as a cyborg), instead lamps, photocopiers, and a particularly evil smartphone lead the machine charge. In today’s climate, the utter disdain felt by some of the machines for humanity all feels rather relevant. Battle Beyond the Dolestars is different, a little geeky, and lots of fun, oh, just as a note of warning, you may never look at your lamp in the same way again!

Battle Beyond the Dolestars Synopsis

Time for the Machine Republic to Kurl Up and Dye

It's a year since the Battlestar Suburbia broke free from Earth and the human rebellion is hiding out in the asteroid belt. Their leader, Admiral Janice, is assembling a fleet she hopes can topple robot rule - except on Wednesday afternoons when she can do you a half head of highlights for 30 quid.

Janice has given Darren, now the reluctant captain of the teenage starship Polari, a critical mission, to open up a path back to Earth by bombing the Martian Gap Services. But when it goes wrong and Darren and his crew are chased deep into the solar system, Janice has only one hope left, back on Earth.

Here, sentient breadmaker Pamasonic Teffal is resisting the human-machine war the best way she knows how: by running for office. Until a distress signal from Janice persuades her to get her turbo-charged alter ego Pam Van Damme out of mothballs, that is...

Can Pam save the solar system and rescue Kelly from the clutches of her nemesis, the crazed smartphone-turned-cyborg, Sonny Erikzon? Find out in another anarchic comic adventure from the inimitable Chris McCrudden.

Battle Beyond the Dolestars Press Reviews

I loved this book. I legit laughed through the entire novel and I am excited that there will be a sequel. Terra C

A brilliant mix of sci-fi, humor, and those hundreds of little things that make a memorable story. McCrudden is destined to become synonymous with great sci-fi humor. Christopher H

A deliciously hilarious romp which skirts the realms of credibility but provides a wild ride which kept me very much entertained throughout. It's bonkers, it's mad and .... so exaggerated to almost be genius in its execution. Kath B

Featuring a kindly bread-maker, ancient nana-cyborgs, a moving hairdressers and a chance to avert a nuclear bomb, it's both great fun and very clever. Ruth M

Battlestar Suburbia highlights the absurdity of life, and the adaptability of individuals in unusual situations. McCrudden's novel will appeal to fans of Douglas Adams and Terry Pratchett, or anyone looking for an escape only loosely connected to reality. Stephenie S

This was a trip! Some great one-lines & puns help create this future world where the machines have taken over. With evil smartphones, anti-hero humans, & a motherly bread maker pushed to the edge... Caroline F

Chris McCrudden has created a new division of SF: Science Flotsam. His sprawling space epic is what you get if you cross Dr Who with an unhealthy fascination for household appliances. Forget alien invasion; in this explosive future you won't be able to trust your spin dryer. Christopher Fowler

McCrudden's debut is festooned with cunning punnery, sharp turns of phrase, and jokes about emojis and the internet, making this very much a comic novel of our times. James Lovegrove, Financial Times 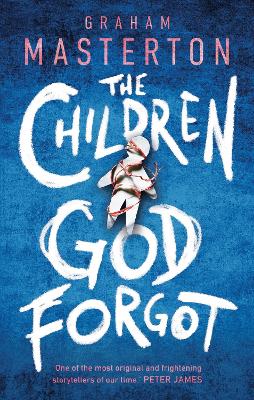 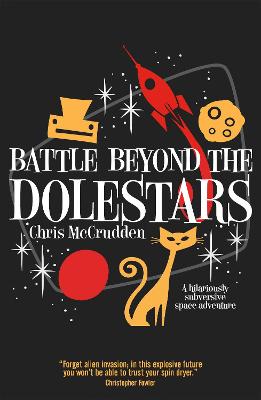 Chris McCrudden was born in South Shields (no, he doesn't know Cheryl) and has been, at various points in his life, a butcher's boy, a burlesque dancer and a hand model for a giant V for Victory sign on Canary Wharf. He now lives in London and, when not writing books, works in PR, so in many ways you could describe his life as a full-time fiction. If you like science fiction, graphs and gifs from RuPaul's Drag Race you can follow him on Twitter for all three, sometimes at once @cmccrudden.

View All Books By Chris McCrudden