Subtle, experimental and moving, this novel invites multiple readings. Based on Alan Turing’s horrendous experiences as a gay man in early 1950s England, it’s narrated by Alec Pryor, a mathematician and former Bletchley Park cryptographer who’s been convicted of gross indecency after meeting young man Cyril at a fairground. Opting for chemical hormone injections rather than a prison sentence, this novel is Alec’s piercing, heartbreaking journal. His depiction of the fairground at which he meets Cyril is acutely poignant: “It is an erotic place, the fair. Everything about it  - the mushrooming appearance, the concentration of energy, the ambush and occupation of common land…This is your chance, it says. Take it!” But for Alec, an erotically charged encounter at the fair leads to his undoing. After enduring chemical castration, Alec’s brilliant mind and deep heart – his very being – unravel. He is not who he was: “When I began to look better, like my old self, after the changing treatment stopped, I seemed to disappear from the inside. I felt as if I’d been replaced.”

Necessitating reader devotion and careful consideration of every perfectly placed word, this is a piercingly affecting intellectual and emotional tour de force.

Taking its cue from the arrest and legally enforced chemical castration of the mathematician Alan Turing, Murmur is the account of a man who responds to intolerable physical and mental stress with love, honour and a rigorous, unsentimental curiosity about the ways in which we perceive ourselves and the world.

Formally audacious, daring in its intellectual inquiry and unwaveringly humane, Will Eaves's Murmur is a rare achievement.

A really extraordinary book, unlike any other -- MAX PORTER The premise is startlingly ambitious: what if we could think our way into Alan Turing's dreams? . . . Scrupulous, humane, sad and strange, [Murmur] is as bracingly intelligent as it is brave -

Ambitious . . . Boldly different . . . Murmur opens your mind to a different kind of novel, one that forges a dialogue between art and science, one that celebrates the wonder of human consciousness -

A novel forged from an immensely beautiful writing intelligence. Murmur is a fully achieved literary experiment, digging deep into all the dimensions of human consciousness, including state sanctioned savagery -- DEBORAH LEVY Remarkable . . . Murmur's transgressive power lies at the level both of language and of structure . . . Will Eaves has achieved one of the pinnacles of novelistic endeavour: he has given deep thought to human experience, and in doing so brought to life the self-conscious wonder of thought itself -- Sam Byers -

Hugely impressive . . . [Murmur] will grip your mind in the very first pages, break your heart halfway through, and in the end, strangely, unexpectedly, restore your faith in human beings and their endless capacity for resilience . . . A future classic -- ELIF SHAFAK, Wellcome Book Prize chair of judges An extraordinary exploration of dreams, consciousness, science and the future -

New Scientist, Books of the Year -

Murmur is a fully achieved literary experiment, digging deep into all the dimensions of human consciousness -- Goldsmiths Prize judges Endlessly rewarding, it is a shining example of the moral and imaginative possibilities of fiction -- Justine Jordan -

Guardian, Books of the Year -

Astonishing -- GUY GUNARATNE, author of IN OUR MAD AND FURIOUS CITY - 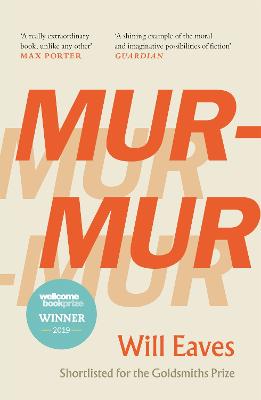 Will Eaves is the author of three novels (most recently, This Is Paradise, Picador, 2012) and a collection of poems (Sound Houses, Carcanet, 2011). He was Arts Editor of the Times Literary Supplement from 1995 to 2011, and now teaches at Warwick University.

More About Will Eaves

More Books By Will Eaves 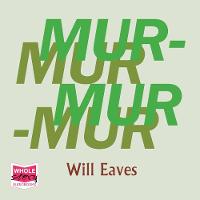 View All Books By Will Eaves