LoveReading View on Every Man a Menace

Riveting, raw and gritty, this is a story that rockets around like a ball in pinball wizard’s championship run. Focusing on some of the players in a drug smuggling ring, this tale crosses oceans, and proves how cheap life can be when greed takes over. Patrick Hoffman’s first novel was shortlisted for the Crime Writer’s Association Ian Fleming (best thriller) Award, this is his second novel, and another winner. There is a real earthy feel to the writing, I felt as though I was balancing on a serrated edge, viewing the action from an external position, yet also completely in the moment. I could see humanity in action with the characters, could almost see their thoughts taking place, and feel their emotions. As the end came closer, and the snare grew ever tighter, so the story came full circle. Every Man a Menace is a chilling, short and sharp, utterly engrossing read, and I loved it. ~ Liz Robinson

Patrick Hoffman burst onto the crime fiction scene with The White Van, a captivating thriller set in the back streets of San Francisco, which was named a Wall Street Journal best mystery of the year and was shortlisted for the CWA Ian Fleming Steel Dagger Award. Hoffman returns with Every Man a Menace, the inside story of an increasingly ruthless ecstasy-smuggling ring. San Francisco is about to receive the biggest delivery of MDMA to hit the West Coast in years. Raymond Gaspar, just out of prison, is sent to the city by his boss - still locked up on the inside - to check in on the increasingly erratic dealer expected to take care of distribution. In Miami, meanwhile, the man responsible for shipping the drugs from Southeast Asia to the Bay Area has just met the girl of his dreams - a woman who can't seem to keep her story straight. And thousands of miles away, in Bangkok, someone farther up the supply chain, a former conscript of the Israeli army, is about to make a phonecall that will put all their lives at risk. Stretching from the Golden Triangle of Southeast Asia to the Golden Gate of San Francisco, Every Man a Menace offers an unflinching account of the making, moving and selling of the drug known as Molly - pure happiness sold by the brick, brought to market by bloodshed and betrayal.

Every Man a Menace Press Reviews

This violent, twisting tale by a former private eye is gripping and feels 100 per cent authentic.  The Sun

Astonishing... a mind-bending, attention-demanding narrative as full of shocks and surprises as an LSD party  Wall Street Journal

With its hard-boiled shenanigans and soft-minded crooks, Hoffman's follow-up to The White Van is another strong and original addition to the crime fiction genre.  Kirkus Reviews

Filled with epic twists and savage turns, the pace is relentless, and Hoffman's drive sets fire to the pages as he crawls across the sinister black underbelly of the Californian dream... Exhilarating and powerful.  Daily Mail on THE WHITE VAN

Exhilarating crime debut... Hoffman's crime plot doesn't just thicken, it boils with surprise after surprise and suspense as tight as a noose.  San Francisco Chronicle on THE WHITE VAN

The White Van, with its quick and scary turns, provides a hell of a ride; the action never stops - even after the final page. Wall Street Journal

A nifty bit of noir set in the mean streets of San Francisco... a juicily dark thriller. Weekend Sport on THE WHITE VAN

My favourite debut of 2015 so far... His careful, pared-down prose is a delight... The White Van is a caperish delight, channelling Elmore Leonard and Donald Westlake to exhilarating and unexpected effect. Guardian

Hoffman has crafted a powerful, albeit bleak, crime novel. Booklist

When Hoffman takes off his detecting hat, he's closer to Denis Johnson than to Elmore Leonard. The Paris Review 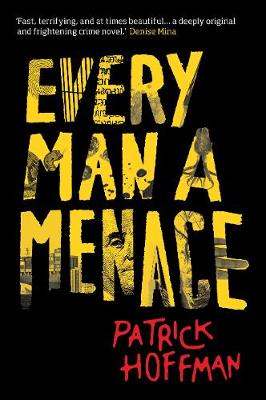 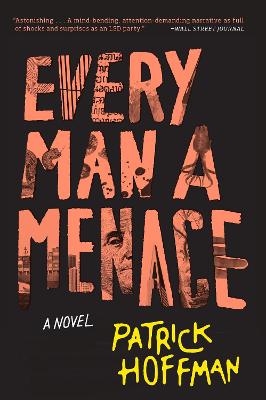