An atmospheric and thrilling debut about family as well as a meditation on landscape in South Yorkshire. Perfect for fans of The Loney and The Essex Serpent.

Mozley, who wrote the story while commuting on the train, said that making the Man Booker longlist felt “really surreal”. “I didn't expect anything like this”.

Daniel is heading north. He is looking for someone. The simplicity of his early life with Daddy and Cathy has turned sour and fearful. They lived apart in the house that Daddy built for them with his bare hands. They foraged and hunted. When they were younger, Daniel and Cathy had gone to school. But they were not like the other children then, and they were even less like them now. Sometimes Daddy disappeared, and would return with a rage in his eyes. But when he was at home he was at peace. He told them that the little copse in Elmet was theirs alone. But that wasn't true. Local men, greedy and watchful, began to circle like vultures. All the while, the terrible violence in Daddy grew. Atmospheric and unsettling, Elmet is a lyrical commentary on contemporary society and one family's precarious place in it, as well as an exploration of how deep the bond between father and child can go.

Ms Mozley writes with clarity and insight, and her descriptions of the natural world and human relationships are both specific and profound . . . Elmet is a quiet explosion of a book, exquisite and unforgettable. It is hard not to feel that at 29, Ms Mozley has only just begun  The Economist

A stunning debut . . . It may be the best thing about the Booker too despite its oddness, or perhaps because of it . . . Elmet is in so many ways a wonder to behold. It is also this year's David among the predictable Goliaths on the Booker list. How thrilling if David were to win against them  Evening Standard

A brooding study of family and belonging    Daily Telegraph 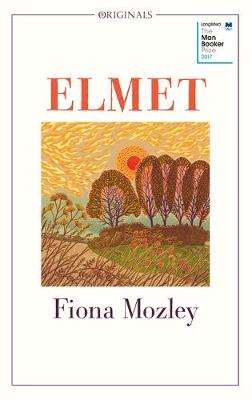 Fiona Mozley was born in Hackney but grew up in York and studied at Cambridge before moving to Buenos Aires for a year - without speaking any Spanish. After briefly working at a literary agency in London, she moved back to York to complete a PhD in Medieval Studies. She also has a weekend job at The Little Apple Bookshop in York. Elmet is her first novel.

View All Books By Fiona Mozley