LoveReading View on The Whaleboat House

Originally published under the title Amangansett this is an atmospheric literary thriller.  Hard to put down particularly for those fans who enjoyed the likes of Snow Falling on Cedars or The Shipping News

In the small town of Amagansett, perched on Long Island's windswept coast, generations have followed the same calling as their forefathers, fishing the dangerous Atlantic waters. Little has changed in the three centuries since white settlers drove the Montaukett Indians from the land. But for Conrad Labarde, a second-generation Basque immigrant recently returned from the Second World War, and his fellow fisherman Rollo Kemp, this stability is shattered when a beautiful New York socialite turns up dead in their nets.

On the face of it, her death was accidental, but deputy police chief Tom Hollis â€“ an incomer from New York â€“ is convinced the truth lies in the intricate histories and family secrets of Amagansett's inhabitants. Meanwhile the enigmatic Labarde is pursuing his own investigation.

In unravelling the mystery, this haunting and evocative novel captures a community whose way of life is disappearing, its demise hastened by war in Europe and the incursions of wealthy city dwellers in search of a playground.

'This is an intriguing, atmospheric, literary crime novel. The uneasy juxtaposition of two communities is brilliantly evoked by Mark Mills.'  Daily Mail

'A remarkable first novel. Written with all the wit, lyrical language and slow character development one would search for in the literary department, the book is as rich in time frame and location as any you'd find in the best historical fiction. Mills' tale gently yet persistently pulls readers in.'          LA Times

'Beautifully written, character-driven book, with its exotic Long Island sound locale and lyrical descriptions... Mark Mills has written a first novel that reverberates in the mind with the force of a literary epiphany.'  Irish Times

'Subtle and stylish. Mills is clever, unravelling the story from several angles.' Observer 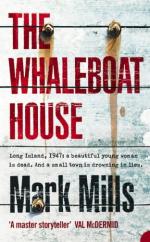 Mark Mills graduated from Cambridge University in 1986. He has lived in both Italy and France, and has written for the screen. His first novel, The Whaleboat House, won the 2004 Crime Writers' Association Award for Best Novel by a debut author. His second, The Savage Garden, was a Richard and Judy Summer Read and a No. 1 bestseller. Under the name Mark B. Mills, he has written the comic novel, Waiting for Doggo. He lives near Oxford with his wife and two children. Photograph © Willow and Pea Portraits 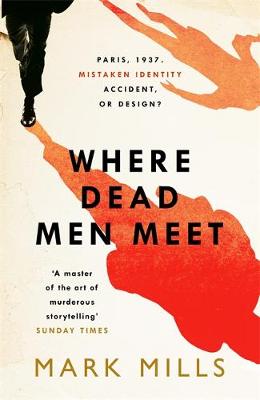