A simplistic plot, the conclusion easily guessed but you need to start here to better know Detective Sergeant John Rebus. A spate of murders, anonymous letters and a blanked-out past which his brother helps him â€˜reliveâ, form the core to the first in what will become a riveting series. Actually you could start with The Black Book but if you do then I urge you to backtrack at some point to complete the canvas. Rankinâs publisher, Orion has decided to celebrate the 20th anniversary of Rebus by republishing Knots and Crosses in a collectorsâ edition in hardcover at the original published price of Â£10.95. So for a bit of history, 20 years on why not take the plunge and spoil yourself with this beautiful gift hardback.

'It was 28th April. Wet, naturally, the grass percolating water as John Rebus walked to the grave of his father, dead five years to the day.'

This is our first glimpse of the Scottish policeman with the puzzling name... before Ian Rankin hit the bestseller lists, before Rebus became a national institution...

A story of the brutal abduction and murder of young girls, at first it seems that Detective Sergeant John Rebus, smoking and drinking too much, his own young daughter spirited away south by his disenchanted wife, is just one of many policemen hunting the killer. Then messages begin to arrive: knotted string and matchstick crosses - taunting Rebus with pieces of a puzzle only he can solve.

So begins the case that introduced the crime world to one of its most compelling characters.

Whether you're turning the pages for the first time, or reliving the mystery, KNOTS AND CROSSES is unmissable reading.

What To Read After Knots & Crosses - Collectors' Edition 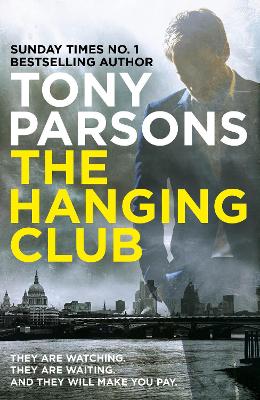 'The Rebus series has been uniformly first rate... His is a superbly drawn character; matched by the edgy authenticity of the Scottish locale and dialogue' The Times 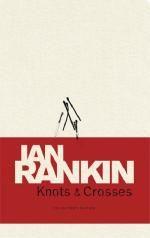