LoveReading View on The Devil's Halo

A cracking techno spy thriller. An ex CIA spy turned â€˜industrial espionage thiefâ€™ finds himself and his family threatened by a bold and ambitious plot to attack the U.S Military with a devastating computer virus that could cause a worldwide system meltdown. The book has great pace and a fantastic â€˜baddieâ€™ Constantin Rodin â€“ Well worth trying and watch out for more from Chris Fox.

As a contract agent of the CIA CafÃ©, the agencyâ€™s black-budget Contract Agents for Economics, Terry Weston played a clandestine game of espionage against the spy services of Europe in which nobody got badly hurt. But the game becomes deadly for Terry, his wife Maria and their six-year-old daughter when old allies turn into bitter enemies.

The Europe where Americans once vacationed is fading from memory. Germany is bankrupt, NATO dissolved. A supersized Greater European Union, led by France and Russia, engages in political brinksmanship with a dominant United States.

The new leaders of Europe are obsessed with â€˜the American problem,â€™ that Europe still plays a global #2 to the U.S. Even in space, the new frontier, the Pentagon plans to deploy a Space Shield that will give the U.S. military this high ground. But the DGSE spy service has developed a technology solution. Elegant. Mathematical. Devastating. It will make Europe #1 in space, and reduce the U.S. military into a fighting force that will have to fight with its fists.

Only Terry and Maria can penetrate deep into enemy territory to prevent a stunningly cynical act of sabotage from ending Americaâ€™s days as a superpower. But old friends and even family members can no longer be trusted, as the two great rivals of the 21st century head for a conflict as inevitable as tomorrowâ€™s headlines.

Chris Fox was partner in a New York strategy consulting company. He worked around the world with clients such as Citicorp, JVC, and Heineken, then decided to become a fiction writer. He is currently working on his second novel. To combat writer's block, he sometimes dogfights in a World War II era USAF Trainer and takes his NSX onto the skidpad at various racetracks. 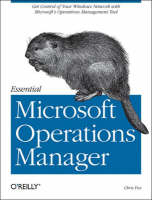 View All Books By Chris Fox