What are people's favourite buildings of the last 100 years? Created by The Twentieth Century Society this beautifully produced, cloth bound book has chosen a building for each year from 1914 to 2014. The buildings were nominated by their supporters and, along with information on the building, each entry gives the very personal reasons why they have been chosen. Fascinating, if only to find out which has been chosen in your birth year.

The book was edited by Susannah Charlton with Elain Harwood.

The Twentieth Century Society protects outstanding architecture and design dating from 1914 onwards, so in 2014 it is marking 100 years of buildings under its protection. Originally founded as the Thirties Society in 1979, its first major case was the fabulous Art Deco Firestone factory on the Great West Road. Its remit has always been to protect the best of all types and styles of architecture and design from neo-Georgian to Art Deco, Modern Movement to pre-fab, and its campaigns now extend to brutalist and high-tech buildings. This book showcases photographs of 100 buildings - one for each year from 1914 - which represent the range and quality of work the Society protects and the amazing range of fascinating buildings we have in Britain. Each photograph is accompanied by information about the building, including why it stands out in a 100 years of architecture. The authors include noted experts in the fields of architecture, heritage and design, including Gavin Stamp, Alan Powers, Owen Hatherley and Rowan Moore. In addition, the book includes the best overview of modern architecture with essays on The Inter-war Decades (Gavin Stamp), Post-war Architecture (Elain Harwood) and Postmodernism (Timonthy Brittain-Catlin). Some of the buildings featured in the book include De La Warr Pavilion, Royal Festival Hall, Barbican housing, Bracken House, Cenotaph, the Firestone Factory, BT Tower, and pre-fabs.

100 Buildings, 100 Years review – ‘A battle between modernism and tradition’ Simon Jenkins from The Guardian. 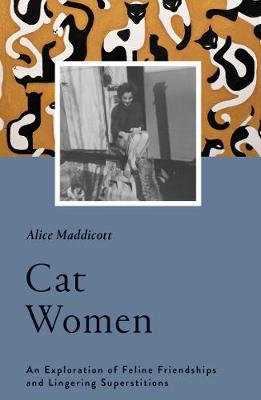 The Twentieth Century Society is a British charity that campaigns for the preservation of architectural heritage from 1914 onwards. The society's interests extend to buildings or artefacts, whether important or humble, rare or commonplace, that characterise twentieth-century Britain. The Society was formed as The Thirties Society in 1979. They provide support and advice to architects and planning authorities to protect the best twentieth-century architecture and design, whether through listing or sympathetic development and management. Their work aims to highlight the importance of forgotten (and sometimes controversial) 20th-century buildings to our architectural heritage: anything from a phone box to a power station, from ...