It's Christmas Eve in Eden, Florida, and Wylie 'Coyote' Melville, professional therapist and hobbyist forensic consultant, is called to the scene of a horrific crime at a quiet suburban address. Wylie has enough on his plate as it is, his father is slipping deeper into the clutches of Alzheimer's, his new kitten Django is wreaking havoc with the soft furnishings and a homeless man has taken up residence on his front lawn. But a local family has been found brutally slain in their own home, and Wylie's friend Detective Sergeant Carlos O'Brien wants him to use his rare ability to 'read minds', to see the clues. So he starts his own haphazard investigation, but with suspicions of mob involvement and the police strangely keen to shut down Wylie's amateur operation, he might be biting off more than he can chew. No Regrets, Coyote is a wild ride to the dark heart of the Florida underworld. For fans of Christopher Brookmyre, Carl Hiaasen and Elmore Leonard, and introduces a brilliantly original detective with the crime scene skills of Sherlock Holmes and the personal life of Jeff 'the Dude' Lebowski.

'A novel so good you want to throw a party for it. It's tense, unnerving, fearless and funny as hell.' - Dennis Lehane

'No Regrets, Coyote is an extraordinary crime novel. Steeped in place, wholly original, it is, line by line, one of the best books I've read in a long time.'

'Touching, nervy, richly detailed and populated with a cast of characters who are utterly unique and terrifyingly real, including a detective hero unlike any we've ever met. American crime fiction has just gotten a lot more interesting.'

'Here, American treasure John Dufresne has written a noir, but instead of playing by the rules of noir, he makes noir play by the Rules of Dufresne. And we are the beneficiaries. So sit back, put a cooler of beer by your chair and settle in, you'll be here awhile. No Regrets, Coyote is impossible to close.'

'No Regrets, Coyote takes noir fiction and slivers it with shards of humour, ironic insight and an almost hallucinogenic specificity. This is lean and honest storytelling that is as moving as it is engaging. Read this book. Believe me, you'll have no regrets!'

'John Dufresne has created a unique and compelling sleuth in Wylie 'Coyote Melville. His quirky adventures will keep you reading.'
- James O Born

'A very cool ride. If Raymond Chandler was reincarnated as a novelist in South Florida, he couldn't nail it any better than John Dufresne.'

John Dufresne is the author of seven books, including the New York Times Notable Books Love Warps the Mind a Little and Louisiana Power & Light. He lives in Dania Beach, Florida.

More About John Dufresne
Add To Wishlist
Buy from our bookstore and 25% of the cover price will be given to a school of your choice to buy more books. 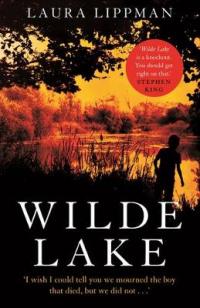