Rich storytelling set in and around late 18th century Bristol with each character being given a voice and view in separate chapters.  You are driven to read chapter after chapter to gather the differing viewpoints of the plot; highly compulsive.  It centres on a group of female boxers and their patrons which is quite fascinating.  It’s sort of Georgette Heyer with bite.  Bawdy, rude and fun, there are three main girls, Ruth in particular is delightfully course!  Careful attention is paid to the street language of the time and the contrast of rich and poor is well drawn.  But in the end it seems that alcohol and gaming addiction are the real stars. ~ Sarah Broadhurst

Some call the prize ring a nursery for vice ...Born into a brothel, Ruth's future looks bleak until she catches the eye of Mr Dryer. A rich Bristol merchant and enthusiast of the ring, he trains gutsy Ruth as a puglist. Soon she rules the blood-spattered sawdust at the infamous Hatchet Inn. Dryer's wife Charlotte lives in the shadows. A grieving orphan, she hides away, scarred by smallpox, ignored by Dryer, and engaged in dangerous mind games with her brother. When Dryer sidelines Ruth after a disastrous fight, and focuses on training her husband Tom, Charlotte presents Ruth with an extraordinary proposition. As the tension mounts before Tom's Championship fight, two worlds collide with electrifying consequences.

What To Read After The Fair Fight 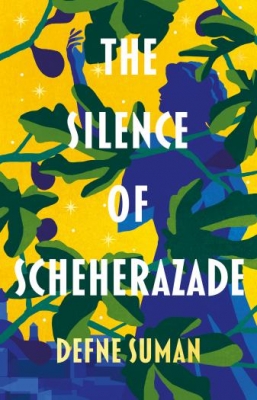 'The Fair Fight is a hugely exciting and entertaining novel, written with warmth, charm, authority and, above all, terrific flair. I loved it.'--Sarah Waters

'A brilliant, bold and unforgettable debut. Freeman transports us to a history we'd never have imagined and makes it viscerally real.' --Nathan Filer

'This truly bears comparison with Michel Faber's The Crimson Petal and the White' as first-time author Freeman (a performance poet who has appeared at Latitude and Glastonbury) brings the 18th century to throbbing life, in an immersive novel rich with extraordinary characters and a cracking plot.' -- The Bookseller

Anna Freeman is a lecturer in Creative Writing at Bath Spa University as well as a multiple slam-winning performance poet who has appeared at festivals across Britain including Latitude and Glastonbury. She lives in Bristol. The Fair Fight is her first novel.   Author pic © Paul Blakemore

View All Books By Anna Freeman