A Little Piece of England A tale of self-sufficiency

First published in 1979, a welcome reissue of John Jackson’s description of life on a Kent small-holding. With his wife and three children (all more or less enthusiastic about the move), they buy a house high in the North Kent Weald. Almost immediately the animals started arriving revealing the family’s genius for naming them. They didn’t need to do the self-sufficiency thing, they wanted to and this account is all the more believable as we read of just as many successes as failures. The family manages to balance the financial side of farming with care and good management; they don’t always manage to keep the animals under control, their decision to breed animals like Jacobs sheep that are able to jump and evade fencing don’t make things easy.  Why do we still not use odd corners of the land for crops and grazing as the Jacksons did, why not run sheep with a lone horse at pasture, a mutually beneficial practice, small ways that make the most of the land, this is an enjoyable read that we can still learn from.

A 'Piece of Passion' from the author...

'This book tells a tale of how a family - my family - living in a sliver of countryside in Kent in London's commuter belt, came over some ten years, to make itself, in its 'spare time' self sufficient in its requirements for milk, meat, eggs, vegetables and some fruit.

My then wife Ann and I had each grown up in the countryside and we had missed the connection with the land we had known then. As child, I had lived in a former fisherman's cottage in Dorset when self sufficiency was a matter of necessity. My father was on the dole, of which there was not much in the 1930's, and my mother was in poor health. We lived on what we could grow or forage and if the tide was right what we could get out of the sea. I remember how a conger eel caught by my father would provide us with fish cakes for a week!

But the book is also about more than the activities of a family and their animals. It is an attempt to make a small statement about people's relationship with the land they live on and the importance of that relationship. I have long believed that the 'health' of a nation is better and its communities and their cultures stronger, the more it cleaves and values the land it lives on.'

Spotted Pigs & Green Tomatoes: A Year in the Life of Our Farm, Rosie Boycott

Tales of the Country, Brian Viner

A Little Piece of England A tale of self-sufficiency Synopsis

A Little Piece of England is an amusing account of how John Jackson, with his wife and three children, built up a smallholding in a sliver of countryside in rural Kent, and by trial and much error, came to make themselves self-sufficient in meat, milk, eggs, vegetables and some fruit, while learning various country crafts 'in their spare time.' John grew up near Lyme Regis in Devon where he was born in 1929. The family were 'flat broke' and lived on what they could grow or forage and 'if the tide was right, what we could get out of the sea. By the time I was four,' he said 'I knew about the land. I knew how to use it. We had had an early lesson in how to look after ourselves.' Later John wanted some of the experience of his own early years to be passed on to his children. In 1965, at the height of his corporate career in the City, the family moved from London to Underriver, south east of Sevenoaks, where they started out innocently enough with a few chickens. Before long they had assembled a cast of memorable characters - bullocks, cows, horses, sheep, goats, and geese - as well as a few four-legged freeloaders, largely kept on land borrowed from neighbours on a 'barter' basis. 'The best way to get an understanding of the land is to use it. I have long believed that the health of a nation is better and its communities and their cultures stronger the more it cleaves to and values the land it lives on,' says John Jackson in the introduction. This entertaining tale is brought to life by John's vivid voice and by Val Biro's charming pen and ink illustrations of the farm and animals done in the great tradition of English wood engravers like Bewick and Bickham. 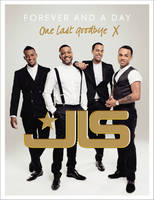 'This is the REAL good life.'
Daily Mail

'As a memoir of running a smallholding in rural Kent and feeling lucky to do so...Jackson in amiable anecdotal mode is as warmly devoted to his family as he is to his livestock and the land that sustains him body and spirit, through his care and proper use of it.'
The Times

'A warts-and-all look at what it's like to run a smallholding and aspire to self-sufficiency. It's informative, entertaining and a pleasure to read.'
The Bookbag

‘A Little Piece of England is part personal diary recording vividly a family growing up with love and lots of mistakes, and, as importantly, a valuable and unique record of rural life in 1970’s Britain. It sits comfortably on the shelf with John Stewart Collis’ The Worm Forgives the Plough and firmly on my list of set books for all setting up a smallholding. A real classic and a great read – at times I laughed out loud!’ - Malcolm Blackie, Successful Small Farming

‘Here are all the joys and tribulations of English country life. John Jackson writes about the countryside in the great English tradition of Gilbert White and Richard Jefferies, he is both a lyricist and a realist. The illustrations are in the same tradition and the result is a book to treasure.’ - Anne Cliff, Backyard Farming

‘Reading it was like being transported to my own little patch of the English countryside.’
Anglotopia.net

John Jackson was born in 1929 in rural Devon, England, close to where he lives today. He is an established author, lawyer, businessman and political and constitutional campaigner, but he is probably still best known as one of the founders, and former chairman, of the Countryside Alliance.

View All Books By John Jackson