A Song from Dead Lips

Part of the Breen and Tozer Series

A Song from Dead Lips Synopsis

London, 1968. The Runaway. A young woman is found naked and strangled in an alley in well-to-do St John's Wood. The African. The neighbours would love to pin it on the enigmatic black stranger who has just moved in. The Pariah. Detective Sergeant Cathal Breen is convinced there's more to the case than anyone wants to admit; no-one's listening. The Outsider. In walks WPC Helen Tozer - awkward chatterbox, farmgirl, and the first woman to enter the murder unit - and gives Breen a breakthrough. A Song from Dead Lips is a crime thriller that shows the glorified sixties close-up, as it really was - comfortably sexist, racially prejudiced, class-bound and crawling with corruption.

'A first-rate police thriller set amidst the seamy underside of the swinging sixties ... The totemic year of '68 will never seem the same again'
C. J. Sansom

''Shaw skilfully re-creates an era of social turmoil and class conflict ... against a vivid background of pop culture, casual racism and Britain's involvement in the bitter civil war in Nigeria'
Sunday Times 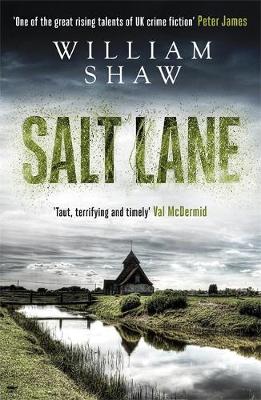