Award winning author John Green’s fresh-voiced novel is an utterly gripping story that gives a roller-coaster, unputdownable read. Strongly set with all the details of life in high school, at its heart is the powerful relationship between Quentin and Margo, two kids who first met at 2 years old. Quentin, or Q as he is known, tells the story of how, after being driven in different directions by their reactions to a shocking experience when they are nine, the two operate in adjacent but separate spheres at school. Q never loses his obsession for Margo and so, when she goes missing, it is no surprise that he has to follow and find her.

From the bestselling author of The Fault in our Stars. Quentin has always loved Margo Roth Spiegelman, for Margo (and her adventures) are the stuff of legend at their high school. So when she one day climbs through his window and summons him on an all-night road trip of revenge he cannot help but follow. But the next day Margo doesn't come to school and a week later she is still missing. Q soon learns that there are clues in her disappearance ...and they are for him. But as he gets deeper into the mystery - culminating in another awesome road trip across America - he becomes less sure of who and what he is looking for. Masterfully written by John Green, this is a thoughtful, insightful and hilarious coming-of-age story.

Green's prose is astounding - from hilarious, hyperintellectual trash talk and shtick, to complex philosophizing, to devastating observation and truths. He nails it - exactly how a thing feels, looks, affects - page after page School Library Journal 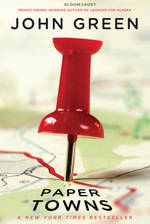 John Green grew up in Orlando, Florida, within spitting distance of Disney World. He moved to Ohio for university, where he studied English and Religion. For several months after graduating, John worked as a chaplain at a children’s hospital. While there, he was inspired to write his first novel, Looking for Alaska, which became a bestseller in the United States and won many literary prizes around the world, including the Michael L. Printz Award in the US and the Silver Inky Award in Australia. John’s second novel, An Abundance of Katherines, was published in 2006, and became ... 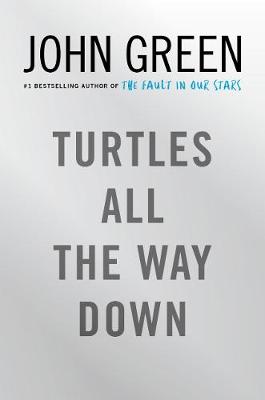 View All Books By John Green