Huck Finn and Tom Sawyer go rap! A striking literary thriller which follows the reluctant journey of East, a young ghetto kid from a world of drugs and crime in Los Angeles, across the United States on his way to a murder he must commit to prove his loyalty and gain redemption for a mistake he made back home. An old-fashioned narrative quest and road journey through the moral vacuity of America, alongside his psychopathic younger brother and other endearing junior gang members on a mission set for failure. The main protagonist's voice is both touching and engrossing, a modern version of Holden Caulfield had he been born in Compton and a generation or so later, and his itinerary both geographical and mental is a poetic as well as profane, delicate joy to behold. A character study of the highest quality as well as a thriller as addictive as crack. Without the shadow of a doubt, a book that will come to be seen as a landmark in US crime writing.

When East, a low-level lookout for a Los Angeles drug organisation, loses his watch house in a police raid, his boss recruits him for a very different job: a road trip – straight down the middle of white, rural America – to assassinate a judge in Wisconsin.

Having no choice, East and a crew of untested boys – including his trigger-happy younger brother, Ty – leave the only home they’ve ever known in a nondescript blue van, with a roll of cash, a map and a gun they shouldn’t have.

Along the way, the country surprises East. The blood on his hands isn’t the blood he expects. And he reaches places where only he can decide which way to go – or which person to become.

By way of The Wire and in the spirit of Scott Smith’s A Simple Plan and Richard Price’s Clockers, Dodgers is itself something entirely original: a gripping literary crime novel with a compact cast whose intimate story opens up to become a reflection on the nature of belonging and reinvention. 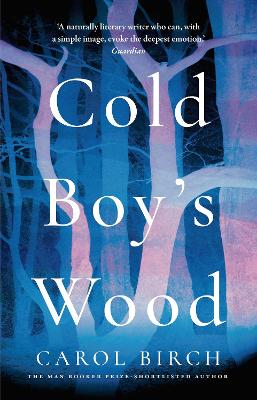 'An important literary crime novel written in street prose which you can expect to be vying for awards soon.'
- Crime Scene Magazine

'Dark, edgy and riveting and, for all that, deeply, humanly serious, Dodgers is white knuckles for the mind.' - Robert Olen Butler, Pultizer Prize winning author of A GOOD SCENT FROM A STRANGE MOUNTAIN

'An excellent book . . . Imagine the young corner boys from The Wire on a road trip across the USA' - James Brown - Sabotage Times

'Not only is the fast-paced and masterfully plotted Dodgers one of the greatest literary crime novels you will read in your lifetime, Bill Beverly has also created, in the teenage boy, East, one of the most unforgettable and heartbreaking characters ever encountered in American fiction.' - Donald Ray Pollock, author of Knockemstiff & The Devil All the Time

Bill Beverly was born and grew up in Kalamazoo, Michigan. He studied literature and writing at Oberlin College, including time in London studying theatre and the Industrial Revolution. He then studied fiction and pursued a Ph.D. in American literature at the University of Florida. His research on criminal fugitives and the stories surrounding them became the book On the Lam: Narratives of Flight in J. Edgar Hoover’s America. He now teaches American literature and writing at Trinity University in Washington D.C. and lives with his wife, the poet and writer Deborah Ager, and their daughter Olive ...

View All Books By Bill Beverly