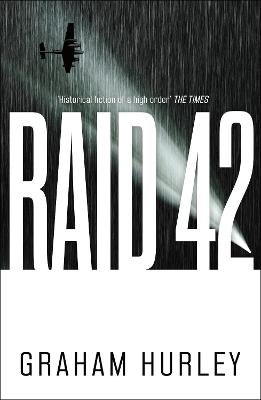 'Historical fiction of a high order' The Times Spring, 1941. The war in the West is as good as won. Nation after nation has fallen before the Reich's armies. Only Britain endures, her cities under nightly bombardment from the Luftwaffe. Berlin would happily call off the bombers in exchange for a peace treaty. Hitler would like to persuade Britain to turn her back on Europe, to attend to her precious Empire instead, to allow Germany a free hand to deal with the real enemy in the East. Peace, perhaps, but at what cost? For Churchill the price is too high; but for others within the British establishment, it is a price worth paying. On both sides of the channel, advocates of total war or peace-at-all-costs are at each others' throats - all unaware that Rudolf Hess, Hitler's quiet, contemplative deputy, has already taken radical steps to change the fortunes of the war... Raid 42 is part of the SPOILS OF WAR Collection, a thrilling, beguiling blend of fact and fiction born of some of the most tragic, suspenseful, and action-packed events of World War II. From the mind of highly acclaimed thriller author GRAHAM HURLEY, this blockbuster non-chronological collection allows the reader to explore Hurley's masterful storytelling in any order, with compelling recurring characters whose fragmented lives mirror the war that shattered the globe.

Graham Hurley is the author of the acclaimed Faraday and Winter crime novels and an award-winning TV documentary maker. Two of the critically lauded series have been shortlisted for the Theakston's Old Peculier Award for Best Crime Novel. His thriller Finisterre, set in 1944, was shortlisted for the Wilbur Smith Adventure Writing Prize. grahamhurley.co.uk

More About Graham Hurley
Add To Wishlist
Buy from our bookstore and 25% of the cover price will be given to a school of your choice to buy more books.