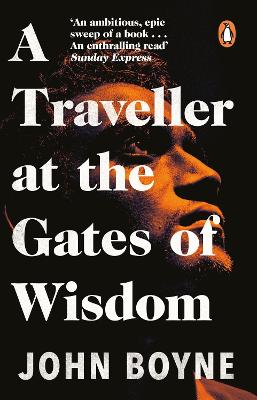 A Traveller at the Gates of Wisdom

A Traveller at the Gates of Wisdom Synopsis

Some stories are universal. They play out across human history. And time is the river which will flow through them. It starts with a family, a family which will mutate. For now, it is a father, mother and two sons. One with his father's violence in his blood. One who lives his mother's artistry. One leaves. One stays. They will be joined by others whose deeds will change their fate. It is a beginning. Their stories will intertwine and evolve over the course of two thousand years - they will meet again and again at different times and in different places. From distant Palestine at the dawn of the first millennium to a life amongst the stars in the third. While the world will change around them, their destinies will remain the same. It must play out as foretold. It is written. A Traveller at the Gates of Wisdom is the extraordinary new novel from acclaimed writer John Boyne. Ambitious, far-reaching and mythic, it introduces a group of characters whose lives we will come to know and will follow through time and space until they reach their natural conclusion.