Part of the Mayhem and Murder Series

When a rotting torso is discovered in the vault of New Scotland Yard, it doesn't take Dr Thomas Bond, Police Surgeon, long to realise that there is a second killer at work in the city where, only a few days before, Jack the Ripper brutally murdered two women in one night. Though just as gruesome, this is the hand of a colder killer, one who lacks Jack's emotion. And, as more headless and limbless torsos find their way into the Thames, Dr Bond becomes obsessed with finding the killer. As his investigations lead him into an unholy alliance, he starts to wonder: is it a man who has brought mayhem to the streets of London, or a monster? 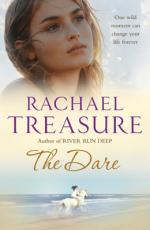 'The supernatural element adds atmosphere in the way Conan Doyle used the spectral beast in The Hound of the Baskervilles. A novel, by the way, in whose company this excellent book belongs'
crimefictionlover