A Special Edition of Life by Keith Richards to celebrate Orion's 20th anniversary.

Shortlisted for the Galaxy Biography of the Year Award 2011.

Not one just for Rolling Stones fans, not just one for lovers of rock music, this is a real part of modern history, chronicling a life spent in music and giving a real sense of how life can be if you shed the safe life options and go for the fast lane. And the drugs have left memory gaps but these are filled in with the commentaries of friends and family and overall Richards has some tremendous stories to tell, there are a good set of illustrations too making for a really compulsive read into the life of this born survivor.

With the Rolling Stones, Keith Richards created the riffs, the lyrics and the songs that roused the world, and over four decades he lived the original rock and roll life: taking the chances he wanted, speaking his mind, and making it all work in a way that no one before him had ever done. Now, at last, the man himself tells us the story of life in the crossfire hurricane. And what a life.

Listening obsessively to Chuck Berry and Muddy Waters records as a child in post-war Kent. Learning guitar and forming a band with Mick Jagger and Brian Jones. The Rolling Stones' first fame and success as a bad-boy band. The notorious Redlands drug bust and subsequent series of confrontations with a nervous establishment that led to his enduring image as outlaw and folk hero. Creating immortal riffs such as the ones in 'Jumping Jack Flash' and 'Street Fighting Man' and 'Honky Tonk Women'. Falling in love with Anita Pallenberg and the death of Brian Jones.

Tax exile in France, wildfire tours of the US, 'Exile on Main Street' and 'Some Girls'. Ever increasing fame, isolation and addiction. Falling in love with Patti Hansen. Estrangement from Mick Jagger and subsequent reconciliation. Solo albums and performances with his band the Xpensive Winos. Marriage, family and the road that goes on for ever.

In a voice that is uniquely and intimately his own, with the disarming honesty that has always been his trademark, Keith Richards brings us the essential life story of our times. 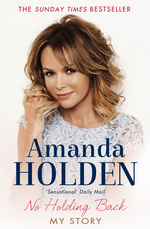 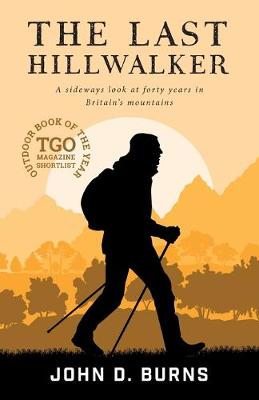 'Life is pretty faultless as the quintessential depiction of the man in full and his extraordinary life and times to date.'
Nick Kent THE TIMES

'This autumn's best entertainment comes from the notorious Rolling Stones' guitarist in this tell-all memoir... All the sex, drugs and rock 'n roll are there- let the fun begin!
SAINSBURY'S MAGAZINE

'Richards has written an opus on a lifetime of brutal honesty, an all-encompassing account of what it's been like to be one of the coolest rock stars in the world.'
THE ATLANTIC

'Keith comes across as a thoroughly decent man, with just a hint of the devil. His relationship with Jagger is complex and fascinating...'
Pete Clark EVENING STANDARD

'Electrifying... the intimate and moving story of one man's long strange trip over the decades, told in dead-on, visceral prose without any of the pretense, caution or self-consciousness that usually attend great artists sitting for their self-portraits.'
NEW YORK TIMES

Born in Dartford in Kent in December 1943, Keith Richards continues to compose, play songs and tour with the Rolling Stones.

View All Books By Keith Richards