Everyone Brave Is Forgiven

Everyone Brave Is Forgiven Synopsis

Winner of the 2017 Goldsboro Books Glass Bell Award 'Ian McEwan did this with Atonement, Sarah Waters did it with The Night Watch, and Chris Cleave does it too with Everyone Brave is Forgiven... A compelling and finely crafted novel.' FT An extraordinary story of love and honour in extreme circumstances, from the multi-award-winning author of THE OTHER HAND. Instant New York Times bestseller Evening Standard top ten bestseller iBooks BOOKS OF THE YEAR 2016 Irish Times summer reading pick 'A cracker' Stylist, 10 Exciting Books in 2016 'His best book to date' Esquire, 10 best novels of 2016 Guardian Literary Highlight of 2016 Independent Best Book to read in 2016 Irish News Top Picks for 2016 Washington Post 20 Books We Can't Wait to Read in 2016 In a powerful combination of both humour and heartbreak, this dazzling novel weaves little-known history, and a perfect love story, through the vast sweep of the Second World War - daring us to understand that, against the great theatre of world events, it is the intimate losses, the small battles, the daily human triumphs, that change us most.

Everyone Brave Is Forgiven Press Reviews

You'd be hard-pushed to find a list of what to read in 2016 that doesn't feature Chris Cleave's latest. * Mumsnet * A story of epic love inspired by grandparents and capital. * Barking and Dagenham Post * He has the rare ability to tell a unique story while also expressing universal truths that pierce straight into your own everyday. Sure to be one of the hits of this year. * Grazia Book Club * With dazzling prose, sharp English wit, and compassion, Cleave paints a powerful portrait of war's effects on those who fight and those left behind. * People Book of the Week * Brings both the Blitz and the siege of Malta to unforgettable life. * Irish Times * Magnificent and profoundly moving...This dazzling novel of World War II is full of unforgettable characters and the keen emotional insights that moved readers of Chris Cleave's Little Bee. * Shelf Awareness * It's a war novel but not as you know it. Cleave, a Guardian journalist and celebrated novelist (Incendiary, The Other Hand), has reportedly written his best book to date with this tale of a young teacher determined to stay in Blitz-time London. * Esquire, Top 10 Best New Novels of 2016 * A special book * Good Housekeeping * I was blown away by it. * Woman & Home * Brilliant [and] fearlessly written . . . Thoroughly absorbing. -- Claire Allfree * Metro * Absorbing [and] sharply paced. -- Helen Dunmore * Guardian * Cleave cements his reputation as a skilful storyteller, and a sensitive chronicler of the interplay between the political and the personal . . . intricately researched and evocatively conveyed. -- Hannah Beckerman * Observer * Tender and touching. -- Eithne Farry * Mail on Sunday * A tremendous, sweeping love story that unfolds against the backdrop of war-torn London and Malta. * Mail on Sunday * Powerful and moving . . . Cleave's real revisionism exists in the very fabric of his prose. -- Lucy Scholes * Independent * Loosely based on the author's grandparents' stories, this is a superb novel that breathes fresh life into an often brutal scenario. Particularly astute at demonstrating how war seeps into the psyche and changes it, this is beautifully written, funny, gut-wrenching and, above all, honest. * Daily Mail * A compelling and finely crafted novel...The Second World War is dangerous territory for a contemporary novelist: the enemies they face include familiarity, cliche, and the reader's knowledge that any number of things happened then that were far stranger than fiction. For a writer to succeed in setting a tale in a period of heightened emotions, they need first to keep their own emotions under close control. Ian McEwan did this with Atonement, Sarah Waters did it with The Night Watch, and Chris Cleave does it too with Everyone Brave is Forgiven. * Financial Times * An addictive, propulsive read . . . Cleave writes with an engaging intensity, a determination to tackle big moral issues, and a willingness to take risks. -- Theo Tait * The Sunday Times *

Chris Cleave is a New York Times #1 bestselling novelist whose books are published in forty countries. His debut novel INCENDIARY won the Somerset Maugham Award, among others. His second, the Costa-shortlisted THE OTHER HAND, was a global bestseller and sat in the New York Times Top Ten for over a year (under the US title, Little Bee). Both books were shortlisted for the Commonwealth Writers' Prizes. He lives in Kingston-upon-Thames with his wife and three children, and welcomes readers at facebook.com/ChrisCleaveBooks, www.chriscleave.com and twitter.com/chriscleave. 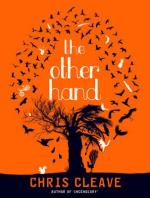 View All Books By Chris Cleave