I Wish I Hadn't Said That

I Wish I Hadn't Said That Synopsis

Ever since Mrs Malaprop first took to the stage in 1775 and described a gentleman as 'the very pineapple of politeness', some famous figures have become better known for their slips of the tongue than for anything they said intentionally. In particular, the careers of a number of broadcasters, sporting figures and politicians have become defined by their verbal blunders. Former US Vice-President Dan Quayle is remembered solely for making unfortunate remarks such as 'Republicans understand the importance of bondage between a mother and child.' Welsh naturalist Iolo Williams sent Twitter into meltdown when, discussing diving sea birds on Springwatch 2016, he asked a female conservationist: 'Is that the deepest shag you've ever had?' Even respected sports broadcaster Harry Carpenter was probably haunted forever by his seemingly innocent comment at the end of the 1977 Boat Race: 'Ah, isn't that nice? The wife of the Cambridge President is kissing the cox of the Oxford crew.' I Wish I Hadn't Said That is a collection of over 3,000 spoken and written blunders - including unintentional double entendres, spoonerisms, mixed metaphors, malapropisms, jaw-dropping remarks, misguided quiz show answers, embarrassing newspaper misprints, and foreign signs and notices that have sadly become lost in translation.

Geoff Tibballs is the author of numerous bestselling humour titles. 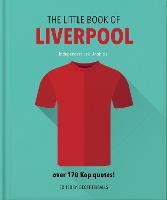 View All Books By Geoff Tibballs