About to get married, Mirabelle and her fiance retired Superintendent Alan McGregor are torn about where they will settle but when a once-in-a-lifetime opportunity comes up to buy a secluded house on the banks of the Firth of Forth, they submit to getting permission from the local landlord. But that permission comes at a price and when a nun dies in mysterious circumstances at the Little Sisters of Gethsemane Convent nearby they are drafted to uncover what happened. 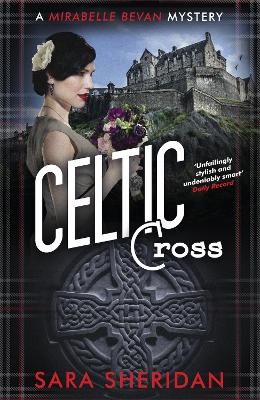 Sara Sheridan was born in Edinburgh and studied at Trinity College, Dublin. As well as writing the popular Mirabelle Bevan Murder Mysteries, she also writes a set of historical novels set between 1820 and 1845, one of which was shortlisted for the Wilbur Smith Award 2017. Fascinated particularly by female history, she is a cultural commentator who appears regularly on television and radio. She also writes commercial non-fiction, including the 2017 tie-in book for the ITV series Victoria and, in 2018, an imagined female atlas of Scotland. Sara tweets about her writing life as @sarasheridan and has a Facebook page at @sarasheridanwriter.