The past is not just haunting Thorne, it’s hunting him in this read-in-one-sitting thrilling crime novel.

A satisfyingly shocking and oh-so-readable novel, make sure you’re sitting comfortably when you begin! When your home life feels settled you have the most to lose, and Tom Thorne comes to realise this in the most horrifying way when the past screams hello.

The Murder Book is the eighteenth in the addictive Tom Thorne series which began with the fabulous Sleepyhead, and Mark Billingham’s writing is as on-point as ever. These police procedurals have it all, a tight knit policing team, flawed characters that you’d still want on your side, and twisty plots alongside skilful writing. The writing is such that I do believe you could read this as a standalone even with the references to what has gone before, but of course, this being Mark Billingham, I have to recommend that you go back and start at the beginning. This is a book that fires-up and teases the accelerator, gradually building up until it hits top speed and then, well, it just doesn’t let up. I was genuinely fearful for Thorne and co, for their physical and mental welfare, as their opponent is truly terrifying. I read late into the night, not wanting to leave them, desperately needing to know the outcome. With a hoard of reading gold to discover, The Murder Book electrifies as it corkscrews through to a heart-pounding conclusion. Highly recommended, and a LoveReading Star Book.

Tom Thorne has it all.

In Nicola Tanner and Phil Hendricks, Thorne has good friends by his side. He finally has a love life worth a damn and is happy in the job to which he has devoted his life...

A nightmare that has a name.

Hunting the woman responsible for a series of grisly murders, Thorne has no way of knowing that he will be plunged into a nightmare from which he may never wake.

Finally, Thorne's past has caught up with him and a ruinous secret is about to be revealed. If he wants to save himself and his friends, he must do the unthinkable. 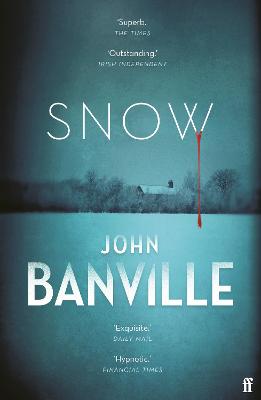 Thorne and his team are back. Tom, Nicola and Phil all share a secret that they don’t want to come out, but what is the cost of it staying hidden?

I love the Tom Thorne series and this one didn’t disappoint. DI’s Tom Thorne and Nicola Tanner, with the help of pathologist Phil Hendricks are the intrepid trio that are drawn into a situation where their past may come back to haunt them! This latest adventure lures you in from the very first chapter and keeps you hooked until the very last page. The discovery of a gruesome murder, which is going to be the first of three, is only the beginning and just when they think they have the culprit in custody a name from the past is thrown into the mix which sends chills down the spines of the whole team. The chase has only just begun but who is chasing who?
This book has everything you want from a police procedural, a great character led storyline with relatable characters. It’s easy to read, it gives you enough to keep you captivated and invested in both the characters and the story without too much descriptive prose. There are twists and turns throughout and an ending I never saw coming! I highly recommend this book, even if you haven't read any of the others, it’s a perfect piece of escapism.

Whether this is your first ’Thorne” or one of many, prepare to be swept along and genuinely concerned for the welfare of the characters within.

Firstly cards on the table this is not a unbiased review.

I have followed (and loved) the work of Mark Billingham since his first novel Sleepyhead caught my eye in my local bookshop many moons ago.

Every time I pick up a new Thorne book I worry that it will not be up to the standard of the previous books but once again I was not disappointed.

Unlike some other authors the books always feel new, fresh and not at all formulaic.

For those people who have not yet read any of this series I ask “Why not?”. Intriguing stories, humour, characters that become like old friends and twists and turn aplenty are a feature of every one of his books.

And I am delighted to say that this one is no different.

To say too much about the plot would be to give away the story but as usual the pages fly by and you get that familiar “Just one more chapter” feeling that leaves the washing up undone and your eyelids heavy the next day.

Whether this is your first ’Thorne” or one of many, prepare to be swept along and genuinely concerned for the welfare of the characters within.

“The Murder Book” is amazingly the eighteenth (!) in the series, which just goes to prove how much readers love reading, Mark’s grisly police procedurals.

I’ve been a fan of Mark Billingham’s writing for many years now and have been avidly following DI Tom Thorne since the beginning with ‘Sleepyhead’.
“The Murder Book” is amazingly the eighteenth (!) in the series, which just goes to prove how much readers love reading, Mark’s grisly police procedurals.

In this story, we see the return of a serial killer that has haunted Thorne since his last disastrous encounter with him. With the killer always seeming to be one step ahead, Thorne must chase down a woman responsible for a series of gruesome deaths, while looking over his shoulder for the man that has tormented his career for years. The usual well-drawn characters, Nicola Tanner and Phil Hendricks also play a major role in this book, as they try to cope living with a career destroying secret, they share with Thorne.

I was particularly impressed with the prologue and epilogue which I was very satisfied with and honestly made me smile when I realised the connection. Anyone having read any previous books in the series would be at the usual advantage but it’s not necessary to enjoy this book as a standalone, as any essential back story is covered perfectly well.

I hope Mark Billingham continues to write engaging plots that enthrals his readers, I’m sure there’s still a lot more sadistic murders for DI Thorne and his colleagues to solve.

Mark Billingham has been awarded the 2003 Sherlock Award as the creator of the Best Detective created by a British writer and has twice won the Theakston's Old Peculier prize for best novel of the year.  Each of the novels featuring Detective Inspector Tom Thorne has been a Sunday Times bestseller. Sleepyhead and Scaredy Cat were made into a hit TV series on Sky 1 starring David Morrissey as Thorne, and a series based on the novels In the Dark and Time of Death was broadcast on BBC1. Mark lives in north London with his wife and two children.Photograph © ...