The second in the prequel series to R D Wingfield's A TOUCH OF FROST, for fans of David Jason's Jack Frost and crime-fiction readers. May, 1982. Britain celebrates the sinking of the Belgrano, Princess Diana prepares for the birth of her first child and Denton Police Division welcomes its first black policeman, DS Waters - recently relocated from East London. While the force is busy dealing with a spate of local burglaries, the body of fifteen-year-old Samantha Ellis is discovered in woodland next to the nearby railway track. Then a fifteen-year-old boy is found dead on Denton's golf course, his organs removed. Detective Sergeant Jack Frost is sent to investigate - a welcome distraction from troubles at home. And when the murdered boy's sister goes missing, Frost and Waters must work together to find her . . . before it's too late. 'One of the most successful ventriloquial acts in crime writing.' Financial Times 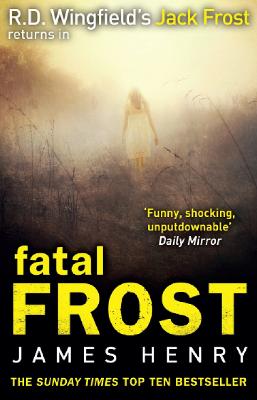 James Henry is the pen name for James Gurbutt who has long been a fan of the original R. D. Wingfield books and the subsequent TV series. He worked for several years as an accountant before moving into publishing. In 2009 he set up Corsair, a literary imprint for Constable & Robinson, Wingfield's original publisher. He lives in Essex. After a successful career writing for radio, R. D. Wingfield turned his attention to fiction, creating the character of Jack Frost. The series has been adapted for television as the perennially popular A Touch of Frost, starring David Jason. R. D. Wingfield died ...

View All Books By James Henry