Joe Coughlin is nineteen when he meets Emma Gould. A smalltime thief in 1920s Boston, he is told to cuff her while his accomplices raid the casino she works for. But Joe falls in love with Emma - and his life changes for ever. That meeting is the beginning of Joe's journey to becoming one of the nation's most feared and respected gangsters. It is a journey beset by violence, double-crossing, drama and pain. And it is a journey into the soul of prohibition-era America... A powerful, deeply moving novel, Live By Night is a tour-de-force by Dennis Lehane, writer on The Wire and author of modern classics such as Shutter Island, Gone, Baby, Gone and The Given Day.

Exciting, sexy and atmospheric. Lehane's combination of dark deeds, graceful prose and sassy dialogue ensures it succeeds * Sunday Times * Sophisticated, literary and barbed enough... it makes this book a sentence-by-sentence pleasure. You are in the hands of an expert. And you'll know it * Scotsman * The crime writer's crime writer; with a spare, stark edge to his work that lifts it into the truly great clas . . . The gangster world is superbly evoked and the story is as tight and powerful as the trigger on a Thompson sub-machine * Daily Mail * This is not just brilliant period crime writing, but brilliant writing full stop * Independent * Lehane's tough, muscular prose captures the era well; and his dialogue brings to life the inhabitants of its underworld * Spectator * History is merely a backdrop in a story that seeks just to be exciting, sexy and atmospheric. The author's trademark combination of dark deeds, graceful pose and sassy dialogue ensures it succeeds * Sunday Times * This is noir with added value: Lehane is terrific on family ties and at conveying the buzz of a city powered by immigrant labour of often dubious legality * Guardian * This is a book that should put [Lehane's] name right up there where it belongs, right up there alongside Doctorow and Dreiser * Scotland on Sunday * Dennis Lehane's speciality is the fast-paced gangster thriller that's also a deeply felt novel. His latest, about a Boston criminal, doesn't disappoint on either count... I guarantee that all you'll be able to do is keep on turning the pages. The prose crackles with Chandleresque jokes, the narrative never flags and there's even a genuinely heart-stopping love story. In addition to all that, the book beautifully evokes the entire era of early Thirties Prohibition America * Readers' Digest * Lehane is one of the great contemporary American crime writers * Daily Mail * Lehane's thrillers mix viscerally violent excitement with a thorough airing of ethical dilemmas * Daily Telegraph * So beautifully written and so sharp in its details and atmosphere that it's no wonder Lehane's books attract filmmakers with such ease * Irish Voice * 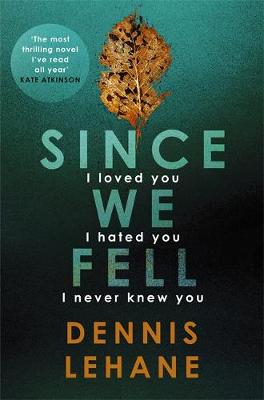