An unusual plot imposing dilemmas of life and death on a bystander which leaves you pondering how you might react in such impossible circumstances with such appalling choices.  Fast paced, truly compulsive, with some slightly droll bar-room philosophy thrown in, it’s a great read.

Dean Koontzs unique talent for writing terrifying thrillers with a heart and soul is nowhere more evident than in this latest suspense masterpiece that pits one man against the ultimate deadline. If there were speed limits for the sheer pulse-racing excitement allowed in one novel, Velocity would break them all. Get ready for the ride of your life.VelocityBill Wile is an easygoing, hardworking guy who leads a quiet, ordinary life. But that is about to change. One evening, after his usual eight-hour bartending shift, he finds a typewritten note under the windshield wiper of his car. If you dont take this note to the police and get them involved, I will kill a lovely blond schoolteacher. If you do take this note to the police, I will instead kill an elderly woman active in charity work. You have four hours to decide. The choice is yours.It seems like a sick joke, and Bills friend on the police force, Lanny Olson, thinks so too. His advice to Bill is to go home and forget about it. Besides, what could they do even if they took the note seriously? No crime has actually been committed. But less than twenty-four hours later, a young blond schoolteacher is found murdered, and its Bills fault: he didnt convince the police to get involved. Now hes got another note, another deadline, another ultimatumand two new lives hanging in the balance.Suddenly Bills average, seemingly innocuous life takes on the dimensions and speed of an accelerating nightmare. Because the notes are coming faster, the deadlines growing tighter, and the killer becoming bolder and crueler with every communicationuntil Bill is isolated with the terrifying knowledge that he alone has the power of life and death over a psychopaths innocent victims. Until the struggle between good and evil is intensely personal. Until the most chilling words of all are: The choice is yours.From the Paperback edition.

What To Read After Velocity 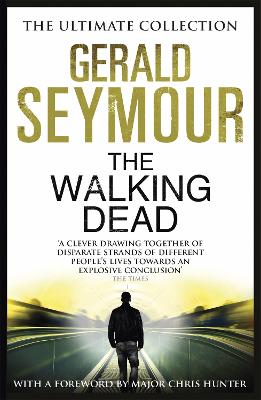 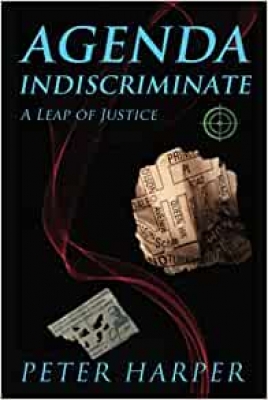 'Dean Koontz is not just a master of our darkest dreams, but also a literary juggler' The Time

'Koontz has near-Dickensian powers of description, and an ability to yank us from one page to the next that few novelists can match.' Los Angeles Times 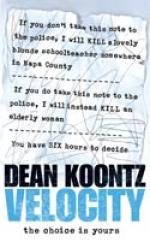 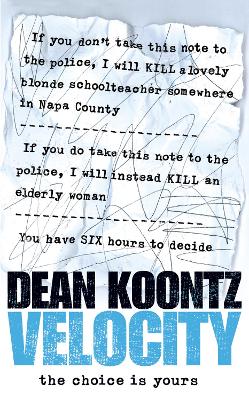 Dean Koontz was born and raised in Pennsylvania. He graduated from Shippensburg State College (now Shippensburg University). When he was a senior in college, Dean Koontz won an Atlantic Monthly fiction competition and has been writing ever since. His first job after graduation was with the Appalachian Poverty Program, where he was expected to counsel and tutor underprivileged children on a one-to-one basis. His first day on the job, he discovered that the previous occupier of his position had been beaten up by the very kids he had been trying to help and had landed in the hospital for ...

View All Books By Dean Koontz