Step into Limehouse Wharf, the new, uber-luxury apartment building in Canary Wharf where celebrities who have had 'work' done can hole up until they have healed and which is about to see its most glamorous and scandalous Christmas yet. Staying there over the festive period is Melody Down, an actress whose career is in tatters after too much plastic surgery and who has fled LA to get her body and her boyfriend back. But is a 'well-meaning' friend about to sabotage all of Melody's Christmas wishes? Meanwhile, Aniela Fatyga, the nurse in residence, finds herself falling for the unlikely Jon Jordan, an assassin for hire who is also convalescing there. Will her feelings be reciprocated or will their sizzling relationship remain purely physical? And who is he on the run from? And then there's oligarch Grigor Khalofsky, the owner of Kensington football team, whose legendary Christmas party is about to get a whole lot more exciting when murder, blackmail and scandalous revelations decide to pay a visit along with Santa.

What To Read After Bad Angels 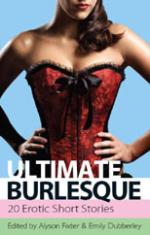 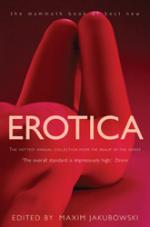 Born in London, Rebecca Chance spent her twenties in Tuscany and her thirties in Manhattan before returning to London with a handsome husband in tow. Rebecca's interests include gymnastics, trapeze and pole-dancing, watching AMERICA'S NEXT TOP MODEL and cocktail-drinking.   Author photo © Krystyna Fitzgerald-Morris

View All Books By Rebecca Chance