LoveReading View on Where We Belong

Easy to read but packing a real emotional punch, this is a moving tale of the powerful bond between mother and daughter.

A successful TV producer’s life is turned upside down when the daughter she had adopted, and kept secret, turns up on her doorstep.

Where We Belong Synopsis

Marian Caldwell is a television producer, living her dream in New York City. With a fulfilling career and relationship, she has convinced everyone, including herself, that her life is just as she wants it to be. But one night, Marian answers a knock on the door ...only to find Kirby Rose, an eighteen-year-old girl with a key to a past that Marian thought she had sealed off forever. From the moment Kirby appears on her doorstep, Marian's perfectly constructed world-and her very identity-will be shaken to its core, resurrecting memories of a passionate young love affair that threaten everything that has come to define her. For the precocious and determined Kirby, the encounter will force her to re-evaluate her family and future. As the two women embark on a journey to find the one thing missing in their lives, each will come to recognize that where we belong is often where we least expect to find ourselves-a place that we may have willed ourselves to forget, but that the heart remembers forever. 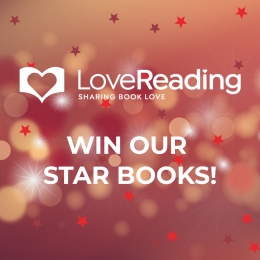 Win Our Second Set of LoveReading Star Books of 2020!

We're continuing our 2020 Star Books giveaways!  We have launched a brand new competition for you to win the next batch of LoveReading 2020 Star Books. The most recent additions to our LoveReading Books of the Year 2020. As you may well know, we have a section of our site where we proudly display our Star Books – the books that really stand out from the crowd of the thousands of books published and the hundreds of books we select and read every year here at Team LoveReading. This draw is open only for UK residents currently in the UK and is free to enter, multiple entries from the same email address will only be counted once. The draw closes on 30th September 2020. The winners will be notified as soon as possible. 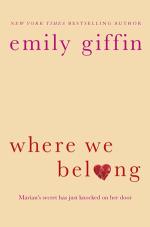 Emily Giffin is in her thirties. She graduated from Wake Forest University and the University of Virginia School of Law. She practiced law in New York City for several years before moving to London, where she began writing full time. She now lives in Atlanta with her husband and three children. She is the author of four previous novels: Something Borrowed reached the number 1 spot on The Bookseller Heatseekers’ list with a weekly sale of +6000 copies and the movie – starring Kate Hudson and Ginnifer Goodwin –  was released in 2011. Where We Belong is her sixth novel. 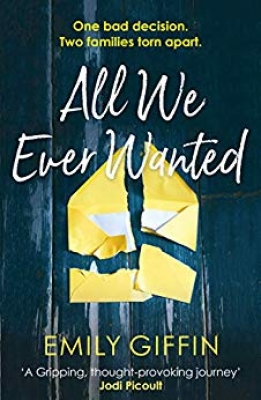 View All Books By Emily Giffin