LoveReading View on Sunshine on Putty

Based on hundreds of interviews with comedians and people directly involved, it charts the history of ‘The Golden Age of British Comedy’ – from Vic Reeves in the ‘90s to the Office.

In the 1990s, British comedy underwent a renaissance – shows like The Fast Show, The Day Today, Shooting Stars, The League of Gentlemen, The Royle Family and The Office were hugely popular with critics and audiences alike. Just as politics, sport, art, literature and religion seemed to move towards light entertainment, the comedy on the nation's televisions not only offered a home to ideas and ideals of community which could no longer find one elsewhere, but also gave us a clearer picture of what was happening to our nation than any other form of artistic endeavour.

'Erudite and funny … Thompson demonstrates both an encyclopaedic knowledge of his subject matter and an astonishingly broad frame of reference.'
Guardian

'Brilliantly insightful, warmly appreciative, and chock full of observations of the most alarmingly accurate kind … Thanks to the perceptive Mr Thompson, I know now what I’ve been doing wrong all these years.'
Jonathan Ross

Ben Thompson's comedy career began in the winter of 1986-7, reading a photocopied Ronnie Corbett monologue to an audience of angry students. He never performed again, but later took the opportunity to parade his ignorance of the basic principles of stagecraft in front of a national audience as comedy critic of The Independent On Sunday from 1994-97. He has also written profiles of Britain's best known comedians for The Face, GQ, The Independent, Night & Day and The Saturday Telegraph. 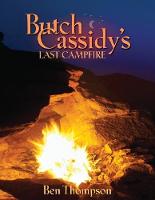 View All Books By Ben Thompson