Portrait of a Spy

LoveReading Expert Review of Portrait of a Spy

Daniel Silva is a superlative thriller writer, effortlessly juggling complex plots full of a cast of believable characters while still delivering a pacey, compelling thriller. This, the 11th book in the series, is a perfect entry point for your first Gabriel Allon adventure and existing fans will not be disappointed either. Highly recommended.

Portrait of a Spy Synopsis

For Gabriel and his beautiful Venetian-born wife, Chiara, it was supposed to be the start of a pleasant weekend in London--a visit to an art gallery in St. James's to authenticate a newly discovered painting by Titian, followed by a quiet lunch at an Italian restaurant along the Strand. But a pair of deadly bombings in Paris and Hamburg has already marred this sparkling autumn day. And while walking along Wellington Street, the ever-vigilant Gabriel notices a man whom he believes is about to carry out a third attack. The man is exhibiting several traits common to suicide bombers--traits that Gabriel, one of the world's most experienced counterterrorism officers, knows all too well. Armed with a concealed Beretta pistol, he follows the man into the crowded Covent Garden market, determined to prevent the massacre of innocents he fears is about to take place. But before Gabriel can draw his weapon, he is knocked to the pavement by two undercover London police officers. A moment later he looks up to find a scene from his nightmares. Bodies and blood, Baghdad on the Thames !

What To Read After Portrait of a Spy 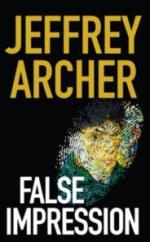 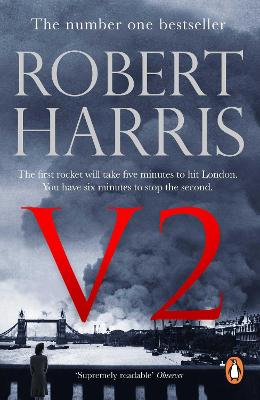 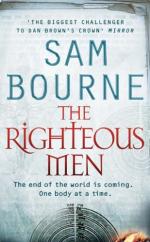 Allon is the 21st century Bond - elegantly paced, subtle and well-informed. If you haven't read Silva before, try Portrait of a Spy - and then go back and read the series.
Daily Mail

'Sexily brooding Allon! must be the most famous superspy not played by Daniel Craig'
Daily Telegraph

Daniel Silva is the #1 New York Times bestselling author of Moscow Rules and ten other novels. Best known for his spy thrillers starring art restorer and sometime assassin Gabriel Allon, Silva's books are international bestsellers that are published in more than 25 different languages. Silva began his career in journalism working for United Press International where he worked as Chief Middle East Correspondent based in Cairo. He traveled extensively in the region and covered the Iran-Iraq war, terrorism and political conflicts. On assignment in the Persian Gulf, he met his wife, Jamie Gangel, National Correspondent for NBC's Today Show. The two ...

View All Books By Daniel Silva