Part of the Hetty Feather Series

With Jacqueline Wilson's trademark wit and humour, she has once again delivered a wonderfully moving story of life for a foundling, Hetty Feather, in Victorian London.  In this second book featuring Hetty, we get to meet Hetty's mother who has found her and Hetty hopes that it means a new life and not just a new name, to Sapphire... Click here for the first adventure.

A fascinating, funny and moving Victorian-era novel featuring Hetty Feather. Hetty Feather is a Foundling Hospital girl and was given her name when she was left there as a baby by her mother. But she always longed to be called Sapphire, after her sapphire-blue eyes. When she is reunited with her mother, she hopes her new name, Sapphire Battersea, will also mean a new life! But life doesn't always go as planned...Follow the twists and turns of Hetty's adventure as she goes out to work as a maid for a wealthy man. She longs to be reunited with her childhood sweetheart Jem - but also finds a new sweetheart, Bertie the butcher's boy, who whisks her away from her household chores to experience the delights of the funfair! But Hetty's life may also take a darker path. Can she cope with the trials ahead?

'Hetty Feather is the most compelling tale Wilson has told.'- The Times

'Hugely popular with seven to ten year olds: she should be prescribed for all cases of reading reluctance.' - Independent on Sunday

'Has a rare gift for writing lightly and amusingly about emotional issues.' - Bookseller

Jacqueline Wilson is an extremely well-known and hugely popular author. THE ILLUSTRATED MUM was chosen as British Children's Book of the Year in 1999 and was winner of the Guardian Children's Fiction Award 2000. Jacqueline has won the prestigious Smarties Prize and the Children's Book Award for DOUBLE ACT, which was also highly commended for the Carnegie Medal. Jacqueline was awarded an OBE in 2002. 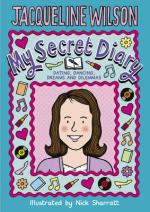 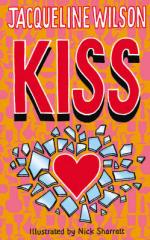 View All Books By Jacqueline Wilson