by Linda A. Fairstein

Part of the Alexandra Cooper Series

New York City politics have always been filled with intrigue and shady deals. Assistant DA Alex Cooper and her NYPD colleagues find themselves investigating a shipwreck involving human cargo - illegally trafficked immigrants - at the same time a sex scandal threatens the career of a promising young congressman. When Alex discovers that a young woman who died in the wreck and the congressman's murdered lover have the same tattoo - the brand of the mastermind behind the trafficking operation - she realizes that the city's entire political landscape hangs in the balance.

What To Read After Hell Gate 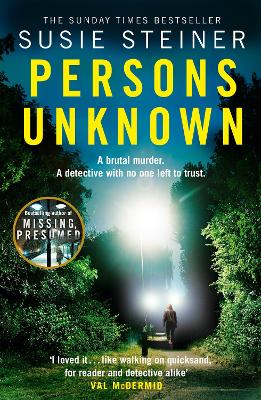 'A tight story with a lot of curves and turns...Linda's books always make me want to take walking tours of New York'
Bookreporter.com

-Sentinel 'Thrills, gossip, sex, history, self-righteous indignation and hints of parallel to the contemporary rich and famous, all whipped to a fine frenzy. Fairstein's most powerful cocktail since Entombed
Kirkus

About Linda A. Fairstein

For three decades, Linda Fairstein served in the office of the New York County District Attorney, where she was Chief of the Sex Crimes Prosecution Unit. In 2010 she was presented with the Silver Bullet Award from the International Thriller Writers.

More About Linda A. Fairstein