One of the Dowager Duchess of Devonshire's favourite books.

These classic cautionary tales contained in Struwwelpeter have sent shivers of fear and delight down the spines of children and their parents for generations. Almost every foible from sucking your thumb, fidgeting at table, not eating up what you are given is covered in a witty rhyme which ends in a nasty comuppance for the child. Although the shocking endings are more savage than would now be thought acceptable the sentiments will be familiar to parents and the brutality awesomely delightful to children.  Interestingly, although written in language that would no longer be acceptable, the verses warning against racism and playing with guns seem remarkably modern.

In December 1844 Dr. Heinrich Hoffmann, a Frankfurt doctor, couldn't find a suitable book to give his three-year-old son as a Christmas present. Instead he bought a blank exercise book and set out to write and draw what was to become his world-famous picture book. Hoffmann filled his book with dazzling and gruesome stories and pictures that he had invented to try to put his frightened young patients at their ease. After its publication in 1845, the book's popularity continued to grow and it has been published in thousands of editions throughout the world. 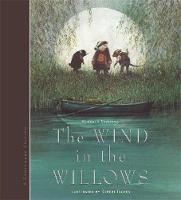 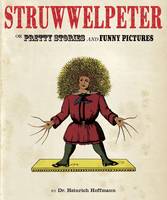 Heinrich Hoffmann (1809-1894), a doctor in his native Frankfurt (where there is a museum devoted to his work), often told funny stories to put his young patients at their ease. Frustrated by the moralistic tone of contemporary children's books, he wrote and illustrated this picture book as a Christmas present for his three-year-old son, and it has delighted and terrified generations since.