An exploration of British identity through food with Simon Majumdar examining everything from seaside rock to chicken tikka masala.

Like for Like Reading
It Must’ve Been Something I Ate: The Return of the Man Who Ate Everything, Jeffrey Steingarten  £8.99 Paperback 384 pages Headline 6th October 2003 9780747243076
Eating Up Italy: Voyages on a Vespa, Matthew Fort

The author of EAT MY GLOBE investigates how British food defines what it means to be British. Join Simon as he becomes a judge at the Great British Pie Competition (where, to his sorrow, he ends up judging vegetarian pies), as he learns to make Balti with a true Brummie, hunts for grouse, and sees seaside rock being made in Blackpool. EATING FOR BRITAIN is an impassioned and hilarious journey into the meaning of eating British.

'Who are these people? Look at what they eat.' Simon Majumdar travels the country to find out what British food, from Arbroath Smokies to Welsh rarebit to chicken tikka masala reveals about British identity. Exploring the history of British food, he celebrates the wealth of fare on offer today, and meets the people all over the country - the farmers, the fishermen, the brewers, bakers and cheese makers - who have given the British reason to love their food again.

'His enthusiasm for the food - and its producers - is infectious. Eating for Britain is stuffed with fascinating facts that will have you yearning for a Lancashire hot pot or proper fish and chips' -- Financial Times

'Simon Majumdar knows his sh** ... Plus - the bastard can write'
Anthony Bourdain, author of KITCHEN CONFIDENTIAL

'Majumdar writes like a dream and eats like a pig. It's a killer combination. Eat My Globe is a very funny, very hungry book, much like its author'
Jay Rayner, Observer food critic

Simon Majumdar lives in London. He is the author of EAT MY GLOBE and the co-founder of 'Dos Hermanos' - one of the UK's most widely read food blogs. He is a regular contributor to The Times Online and was recently voted one of London's most influential people by the Evening Standard.

More About Simon Majumdar
Add To Wishlist
Buy from our bookstore and 25% of the cover price will be given to a school of your choice to buy more books. 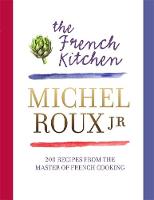 The French Kitchen 200 Recipes from the Master of French Cooking 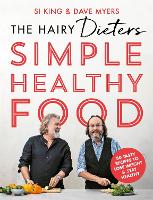 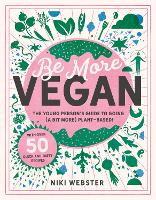 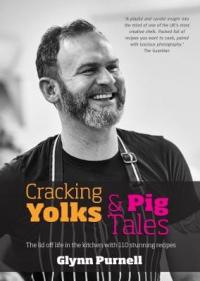