Bones in the Womb

LoveReading View on Bones in the Womb

Kidnapped at 3 by a lonely alcoholic back-woods recluse, Cate, now 15, kills a man and her surrogate father, unable to cope, takes her back to her middle-class mother.  So begins this powerful original tale of reconciliation, acceptance and re-evaluation.  It falters a little in the middle, as first novels often do, but it is sensitive and thought provoking.  The hardback was published as The Reckoning and it reverts now to its original, self-published title as chosen by its 74-year old author.

Bones in the Womb Synopsis

What do you do when the daughter who was abducted - and you thought was dead - turns up on your doorstep 12 years later?

As a 3-year old child Cate was snatched away from her mother. The book begins with Les, the man who abducted Cate, phoning her mother as he has done for the twelve years since he took her child. Cate's mother believes that her daughter was murdered and that Les is a psychopath who won't leave her in peace. But to Cate, Les has been the only father she has ever known and loved. Now Les has decided he can't cope with Cate anymore as she has committed an act that has forced him to look at the consequences of his abduction.

So Les and Cate set off on a roadtrip back to her mother's home. The book revolves around the drama of the daughter and mother meeting after all this time - Cate is now a hard-bitten, poorly educated teenager whilst her English mother is 'scented like a city shopping mall and dressed smooth as butter; women who talk like you're a bit of dirt dropped under their nose'. How will Cate cope with learning to love a mother she can't remember? And how will her English mother square the memories of her three-year-old daughter with the hard-bitten teenager who turns up on her doorstep? 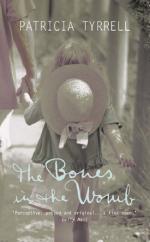 Patricia Tyrrell is half-English and half-American. After living for some years in the USA she is now based in Cornwall.