She of MI5 who no doubt has many a story to tell and obviously must do so as fiction. This is the start of a series starring one Liz Carlyle, naturally enough of MI5. So the secret service background must be authentic, it is certainly exceedingly convincing and the plot to trace an “invisible”, a terrorist who is an ethnic native of the target country is first rate. There are not a lot of these intelligent, cracking good spy novels around at the moment so pounce on it while you can. The next in the series comes in hardback in July.

An announcement is made at a meeting of the British Intelligence Joint Counter-Terrorist group: The opposition may be about to deploy an invisible. An invisible is CIA-speak for the ultimate intelligence nightmare: a terrorist who is an ethnic native of the target country and who can therefore cross its borders unchecked, move around the country unquestioned, and go unnoticed while setting up the foundation for monstrous harm. Intelligence officer Liz Carlyle has had to prove herself in countless ways as shes come up through the ranks of the traditionally all-male world of Britains Security Service, MI5. But this announcement marks the start of an operation that will test all her hard-won knowledge and experienceand her intelligence and courageas nothing has before. Having analyzed information from her agents, she realizes that there is indeed an imminent terrorist threat. She may even have the invisibles point of entry. But what she cannot draw out of all the chatter is the invisibles identity and intended target. With each passing hour, the danger increases. As the desperate hunt continues, it becomes clear that Lizs intuitive skills, her ability to get deep inside her enemys head, are her best hope for tracking down the terrorist. But will that be enough? And can she succeed in time to avert a disaster?Drawing from her experience as the first woman director general of MI5, Stella Rimington gives us a story that is smart, tautly drawn, and suspenseful from first to last. At Risk is a stunning debut novel that plunges us headlong into todays shadowy and fever-pitched battle between terrorism and Intelligence.From the Hardcover edition.

More About Stella Rimington
Add To Wishlist
Buy from our bookstore and 25% of the cover price will be given to a school of your choice to buy more books.

The Spy Who Loved Me James Bond 007 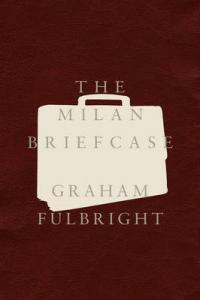