Following on from The Forest of Hands and Teeth we follow Mary's daughter, Gabry, as she tries to make a life away from the darkness and drama of the Forest and The Dark City, but soon things are threatening Gabry's world and what she holds dear. Another page turning, gripping story that fires the imagination and will have you on the edge of your seat from the start. A great series, lets hope there are many more to come.

Carrie Ryan's sensational new novel reveals more of the secrets of the world after the return of the Unconsecrated and introduces a new heroine who must tangle with her mother's secrets. Gabry lives a quiet life, secure in her town next to the sea and behind the Barrier. She's content to let her friends dream of the Dark City up the coast while she watches from the top of her lighthouse.

Home is all she's ever known and, and all she needs for happiness. But life after the Return is never safe and there are threats even the Barrier can't hold back. Gabry's mother thought she left her secrets behind in the Forest of Hands and Teeth, but, like the dead in their world, secrets don't stay buried.

And now, Gabry's world is crumbling. One night beyond the Barrier ...One boy Gabry's known forever and one veiled in mystery ...One reckless moment, and half of Gabry's generation is dead, the other half imprisoned. Now Gabry knows only one thing: if she has any hope of a future, she must face the forest of her mother's past. 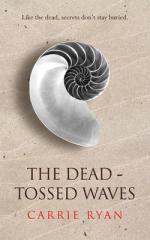 Born and raised in Greenville, South Carolina, Carrie Ryan is a graduate of Williams College and Duke University School of Law. A former litigator, she now writes full time. She lives with her writer/lawyer fiancé, two fat cats and one large puppy in Charlotte, North Carolina. They are not at all prepared for the zombie apocalypse. 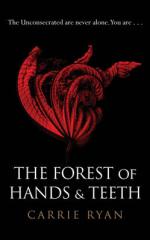 View All Books By Carrie Ryan