A sweeping historical drama based around the massacre of the MacDonald clan in 1692 and told from the perspective of a young girl, now imprisoned, accused of being a witch. Rich in historical detail and wonderfully descriptive of the landscapes of the Highlands this is a book to immerse your self in and enjoy page by page.

The new novel from Susan Fletcher, author of the bestselling Eve Green and Oystercatchers. The Massacre of Glencoe happened at 5am on 13th February 1692 when thirty-eight members of the Macdonald clan were killed by soldiers who had enjoyed the clan's hospitality for the previous ten days. Many more died from exposure in the mountains. Fifty miles to the south Corrag is condemned for her involvement in the Massacre. She is imprisoned, accused of witchcraft and murder, and awaits her death. The era of witch-hunts is coming to an end - but Charles Leslie, an Irish propagandist and Jacobite, hears of the Massacre and, keen to publicise it, comes to the tollbooth to question her on the events of that night, and the weeks preceding it. Leslie seeks any information that will condemn the Protestant King William, rumoured to be involved in the massacre, and reinstate the Catholic James. Corrag agrees to talk to him so that the truth may be known about her involvement, and so that she may be less alone, in her final days. As she tells her story, Leslie questions his own beliefs and purpose - and a friendship develops between them that alters both their lives. In Corrag, Susan Fletcher tells us the story of an epic historic event, of the difference a single heart can make - and how deep and lasting relationships that can come from the most unlikely places.

'Fletcher has a remarkable talent with words!her approach to the world is side-on, not direct; she is attuned to the ambiguities, the spaces, the gaps left in language, the things that are not spoken; she imbues inanimate objects with a life of their own, a history and a personality and a voice. Fletcher is the woman writer par excellence: intelligent, perceptive, intuitive. British readers looking for a local equivalent to Alice Munro won't have to look much further. She is a highly talented writer and fully deserves the acclaim she has received - and the popularity that goes with it.'
The Scotsman

'Oystercatchers is a stunning novel, both emotionally discomfiting and romantic; at times puzzling, it is profound, beautiful and redemptive. Oystercatchers is the work of a seriously talented young author in possession of one of the most poetic and original voices working now.'
Joanna Briscoe, Guardian

'Her prose is extraordinarily lyrical: haunted, dreamlike and precise, reminiscent at times of Sylvia Plath. Fletcher's words are undeniably beautiful and her themes are profound!a haunting novel.'
Sunday Times

Susan Fletcher was our Guest Editor in March 2010 - click here - to see the books that inspired her writing. Susan Fletcher was born in 1979 in Birmingham. She studied Creative Writing at the University of East Anglia and lives in Stratford-upon-Avon. Her first novel, Eve Green won the Whitbread First Novel Award, the Betty Trask Prize and Author's Club Best First Novel Award. Her second novel Oystercatchers was published in 2007 to great acclaim. Author photo © Graeme Cornes 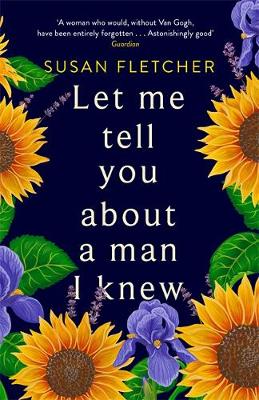 View All Books By Susan Fletcher