Part of the Tina Boyd Series

One of the best London-based, gritty crime novelists around who shot to fame with Relentless which was a Richard and Judy pick.  Well, there are lots before that and lots after it, all as good as each other.  All tough, clever, fast-paced and highly recommended.

One hot date. When writer Rob Fallon goes out one night and ends up with his best-friend's girlfriend, Jenny, he's feeling guilty before anything's even happened. One brutal abduction. But guilt quickly turns to shock when two men break into Jenny's apartment, abduct her, and try to kill Rob. But when Rob reports this to the police, no one believes him. And when he speaks to Jenny's father, he says she's on holiday abroad. One hell of a morning after. Rob knows Jenny's life's in danger and starts asking questions. Soon he finds that he's the target of killers who have something big to hide. But what is it? And what does it have to do with an ordinary girl like Jenny? Either Rob finds out or he's dead. It's that simple...

What To Read After Target 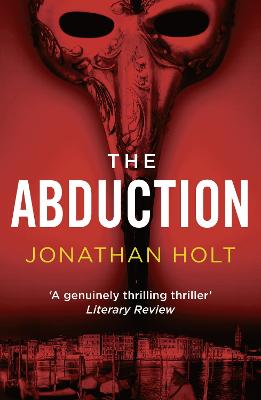 Simon Kernick was our Guest Editor in February 2010 - click here - to see the books that inspired his writing. Simon Kernick is one of Britain's most exciting new thriller writers. He arrived on the scene with his highly acclaimed debut novel The Business of Dying, and his big breakthrough came with his novel Relentless which became the bestselling thriller of 2007. Simon's research is what makes his thrillers so authentic. He talks both on and off the record to members of Special Branch, the Anti-Terrorist Branch and the Serious and Organised Crime Agency, so he gets to hear first hand ...

View All Books By Simon Kernick