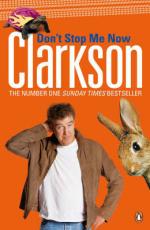 Jeremy Clarkson knows thereâs more to life than cars. There is, after all, a whole world out there just waiting to be discovered. So, before he gets on to torque steer and active suspension, heâd like to take a little time to consider the bigger picture. Donât worry, weâll get to the car bit in the end, but before we do, we'll learn about: The unfortunate collapse of the British empire... Why Galapagos tortoises are all mental... France reduced to the size of a small coconut... Why Jeremy Paxman and the bass guitarist of AC/DC arenât so very different... The problems of being English... And Godâs most stupid creation...

Then there are the cars: Whether itâs the poxiest little runabout or an exotic, firebreathing supercar, no one else writes about cars like Jeremy. Unmoved by official claims and uninterested in press junkets, anything on four wheels is approached without fear or favour.

What emerges from the ashes is not always pretty. But it is, invariably, very, very funny.

View All Books By Jeremy Clarkson