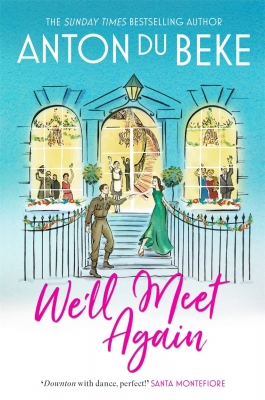 "Old friends from the Buckingham Hotel return in this heartfelt romance which sees the glitz and glamour of the ballroom fall under the shadow of the Second World War."

What a showstopper of a novel Anton du Beke has gifted us! The drama of war, and the tide of emotions associated with it - fear, courage, love, pride and torment - are played out across every page of this sweeping, romantic drama. It’s winter 1939 and Champion of the Grand Ballroom, Raymond de Guise, has something a little heavier than dance steps weighing on his mind. War is declared on the night of his brother’s wedding and life for everyone at Hotel Buckingham is about to take a dramatic turn. With their leading men off fighting for Britain, Nancy, Vivienne and the staff holding the fort back in London have their own emotional battles – and secrets - to face up to. Is it possible to keep the show going with everything else falling around them? Fans of previous Buckingham Hotel romances will savour the tender dialogue between Raymond and Nancy, Artie and Vivienne – as well as the usual ballroom comraderie and glamour. But there’s so much more to keep these pages turning: dangerous boardroom shenanigans at the hotel and thrilling scenes from the beaches of Dunkirk add the perfect spike of energy and action, as too do the touching side stories featuring Ruth and Karina. In We’ll Meet Again, du Beke succeeds in capturing a moment in history with elegance, balance and tenderness – all fabulous qualities that we associate with him on and off the dancefloor. Arm yourself with tissues and a large pot of tea for this beautiful, wartime love story.

A sweeping tale of love and courage against the backdrop of World War II, from Sunday Times bestselling author and King of the Ballroom, Anton Du Beke.

As war is declared once more, a shadow falls over Britain. The staff at the luxurious Buckingham hotel must do all that they can to keep their important guests happy, but behind the scenes they are scared. Away from the glitz and the glamour of the ballroom they must face this new reality.

Newlywed Nancy knows that her brave husband, debonair dancer Raymond de Guise will want to fight for his country and enlist. She loves and supports him but is heartbroken at the thought of them being apart, and the dangers he will face.

With a new hotel manager at the helm, no one knows what the future holds but as fashionable society retreats from London and staff depart to sign up for service, one thing is for certain; life at the Buckingham will never be the same again . . .

Anton Du Beke, household name and all-round entertainer, brings the charm and style he's famous for to his writing.

Anton is one of the most instantly recognisable TV personalities today, best known for his role on the BBC's Strictly Come Dancing, which he has featured on since its inception in 2004. His debut album reached the Top 20, and his annual sell-out tours have been thrilling dance fans in theatres nationwide for over a decade.

More About Anton Du Beke
Add To Wishlist
Buy from our bookstore and 25% of the cover price will be given to a school of your choice to buy more books.

The Viscount Who Loved Me

A Lady's Guide to Fortune-Hunting 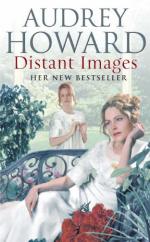 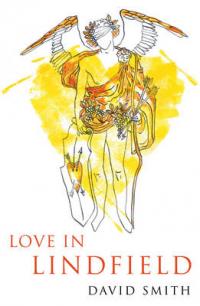