In this new journey Michael Palin fills a void in his travels by visiting 22 Eastern European countries, places which had had limited access until the fall of the Berlin Wall at the end of the 1980’s. Many of the countries have changed due to various warring armies destroying the landscapes but there are still rich and complex cultures to experience. From the mountains of Slovenia , through the former Yugoslavia, Bulgaria, Romania the Russian enclave of Kaliningrad and many, many more, Palin opens up a new and undiscovered Europe to us with his inimitable charm and wit.

Until the early 1990s, when the Berlin Wall came tumbling down, travelling behind the iron curtain was never easy. In undertaking his new journey through Eastern Europe, breathing in its rich history, filming its exquisite sights and talking to its diverse peoples, Michael fills what has been a void in his own experience and that of very many of his own generation. As in all his series, Palin's New Europe takes the form of a journey through countries which have rich and complex cultures. Few have survived intact, as the ebb and flow of warring armies has continually changed the map of Europe. Starting in the mountains of Slovenia he travels down through Croatia and the former Yugoslavia to Albania before turning northwards to embrace Bulgaria, Romania, Hungary, The Ukraine, The Czech Republic, Slovakia, the former East Germany, Poland, the Russian enclave of Kaliningrad (as Konigsberg originally home to the Teutonic Knights), Lithuania, Latvia and Estonia, opening up a new and undiscovered world to millions of viewers and readers.

Michael Palin established his reputation with MONTY PYTHON'S FLYING CIRCUS and RIPPING YARNS. His work also includes several films with Monty Python, as well as THE MISSIONARY, A PRIVATE FUNCTION, an award-winning performance as the hapless Ken in A FISH CALLED WANDA and, more recently, AMERICAN FRIENDS and FIERCE CREATURES. His television credits include two films for the BBC's GREAT RAILWAY JOURNEYS, the plays EAST OF IPSWICH and NUMBER 27, and Alan Bleasdale's GBH.

He has written books to accompany his six very successful travel series, AROUND THE WORLD IN 80 DAYS, POLE TO POLE, FULL CIRCLE, HEMINGWAY ADVENTURE, SAHARA and HIMALAYA. He is also the author of a number of children's stories, the play THE WEEKEND and the novel HEMINGWAY'S CHAIR.

More About Michael Palin
Add To Wishlist
Buy from our bookstore and 25% of the cover price will be given to a school of your choice to buy more books. 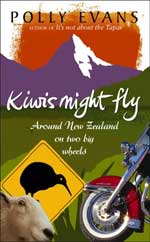 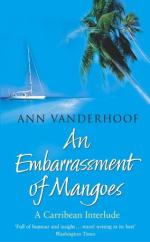 An Embarrassment of Mangoes 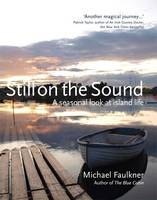 Still on the Sound: A Seasonal Look at Island Life