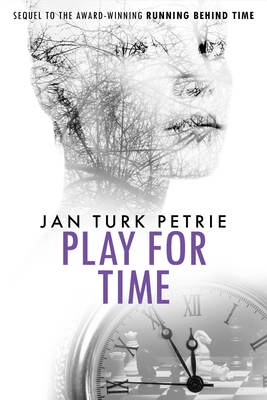 "With familiar names and faces returning to the plotline and as many questions raised as there are answers found, this is an interesting, detailed and well-written addition to the series. "

Tom and Beth’s time-slip romance faces more obstacles in this fast-paced sequel. Following on from the events in ‘Running Behind Time’ which saw 2020 Tom meet and fall in love with 1980s Beth, ‘Play For Time’ by Jan Turk Petrie takes the couple's lives into upheaval and uncertainty once more as the couple try to raise their very special child. With a helpful reminder of the story up to this point we are delivered straight into the middle of Beth and Tom’s lives once more as they try to raise their especially clever young son in obscurity, away from the curiosity of their neighbours and the every scrutinising gaze of the Guardians. On top of the time-slip themes we see a young family experiencing relatable challenges, from worrying about their child’s wellbeing and adjusting to life as new parents to trying to maintain their relationship with establishing their own home and working. With familiar names and faces returning to the plotline and as many questions raised as there are answers found, this is an interesting, detailed and well-written addition to the series. It would be interesting to see how life continues to pan out for the Brookes family.

What if the future hangs on your ability to play for time… When Tom Brookes and Beth Sawyer accidentally bumped into each other on the 15:15 train from Paddington to Cheltenham, neither of them expected it to be the start of a journey that would throw their normal lives so spectacularly off-course. In Play for Time – the highly-anticipated sequel to Running Behind Time – Tom and Beth struggle to adjust to life in a sleepy Cotswold village while trying to rein in a toddler whose astounding abilities are seen as a threat by the all-powerful Guardians. With spies reporting on the family’s every turn, what follows is as unpredictable as the knife-edge climax. Play for Time continues the story of an extraordinary relationship between people who should never have met. A must for fans of the time-slip novels of Kate Atkinson, Audrey Niffenegger & Diana Gabaldon

As a writer, Jan Turk Petrie is always keen to challenge herself and come up with something original.

Her first published novels – the three volumes that make up The Eldísvík Trilogy – are Nordic noir thrillers set some fifty years in the future.

Her fourth novel - ‘Too Many Heroes’ – is, by contrast, a period romantic thriller set in the early 1950s.

Jan’s fifth novel - ‘Towards the Vanishing Point’ is a work of historical literary fiction.

Before becoming a writer, Jan was an English teacher in inner-city London. She has an M.A. in Creative Writing and has written numerous, prize-winning short stories

Jan is a fan of Margaret Atwood, Kate Atkinson, Philip Roth, Kurt Vonnegut and Jennifer Egan – authors who are prepared to take risks in their writing.

More About Jan Turk Petrie
Add To Wishlist
Buy from our bookstore and 25% of the cover price will be given to a school of your choice to buy more books. 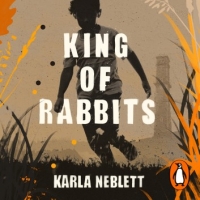 The Friends of Allan Renner