LoveReading View on The Sixth Wife

Told by a close friend of hers, this is the story of the life of Catherine Parr after the death of Henry VIII. A tenderly moving portrait of a woman and a time.

Clever, sensible and well-liked, Katherine Parr trod a knife edge of diplomacy and risk during her marriage to an ageing, cantankerous King Henry. When he died, she was in her late thirties and love, it seemed, had passed her by. Until, that is, the popular Thomas Seymour – bold, handsome, witty and irresistible – began a relentless courtship that won her heart. Kate fell passionately in love for the first time in her life and, also for the first time, threw caution to the wind with a marriage that shocked the worldly courtiers around her.

But all too soon it becomes obvious that Thomas has plans beyond his marriage for the young, capricious, quick-witted heir to the throne – Elizabeth – and that in his quest for power, he might even be prepared to betray his now pregnant wife…

Kate's whirlwind romance is witnessed and recounted by her closest friend, Catherine, Duchess of Suffolk, who lives through the tumultuous years after Henry's death at Kate's side. A sharp and canny courtier in her own right, Cathy is keenly aware of the political realities of life at court and is, apparently, a loyal supporter of her friend. As her story weaves its way through that of Kate and Thomas's heady passion and tragic denouement, however, it gradually becomes clear that Cathy has her own tale of betrayal and regret to tell… 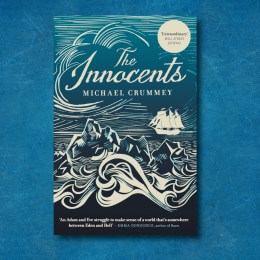 ‘My, what a story…delightfully vulgar and utterly compelling.’ The Times

‘Suzannah Dunn…weaves a kind of love story that is both moving and believable. This is the Tudor world as seldom seen…The result is historical chick lit at its most charming.’ Telegraph